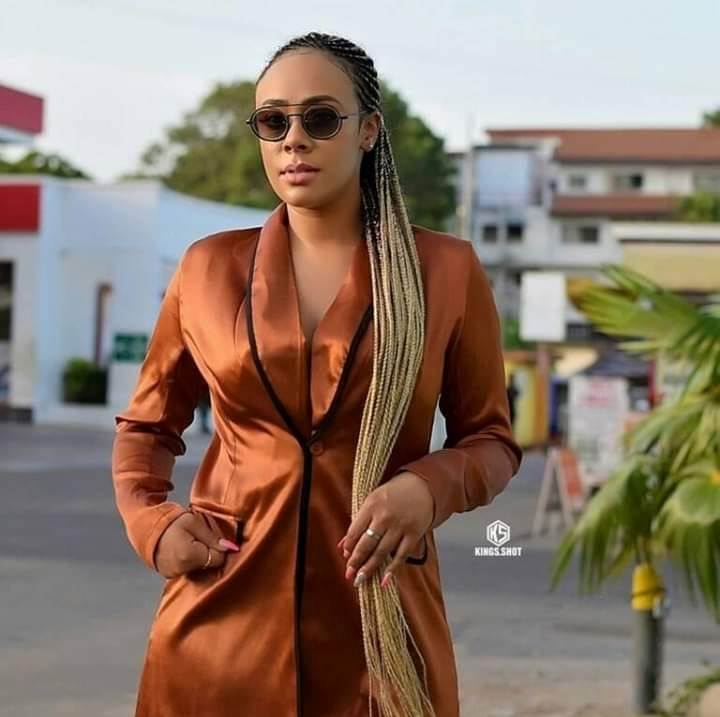 Bourgeoning Ghanaian television personality and actress, Hailliote Sumney will keep Ghana on the list of nations whose names will be flying around on Sunday, June 23, at the 2019 Black Entertainment Television (BET) Awards.

Although the country will be absent from the podium of award winners Haillie as she is popularly known has been selected to host the red carpet of the star-studded event coming off at the Microsoft Theater in Los Angeles, California, USA where the world’s top black entertainers will be celebrated.

This year, Ghana did not get any nominations for awards in the Best International Acts category.

This is the second time that Ghana has missed out on a nomination, since the creation of that category in 2010.

Haillie told Graphic Showbiz that 4Syte TV, where she has had stint as a presenter, was officially invited by the BET Awards organisers to cover the red carpet and the station picked her to run the show for its viewers across Africa and the rest of the world.

“I’m so excited about Sunday’s show because I was there last year and the experience was great. As was the case last year, there are no nominations this year but I’m happy I will be on the red carpet to make Ghana proud,” the dainty actress said.

Last year, Haillie did a good job interviewing celebs such as actor, Boris Kodjoe, actor/comedian, Jafari Ferguson, better known by his stage name Michael Blackson; singers, Becca, Stonebwoy and a host of others from various parts of the world.

Following current fashion trends, it is expected that the galaxy of stars who will hit the red carpet on Sunday will sport African-inspired dresses, from dashikis to designs created with the colourful Ghanaian kente accentuated with duku-style head gears and lit up with the authentic African infectious s-m-i-l-e-s!
Haillie, who leaves Ghana for the USA today, Thursday, June 20 says she is set to inject a good dose of excitement into her red carpet presentation as she did last year and thus entreated entertainment lovers and Ghanaians in general to watch the show and savour pure African fashion presented in a kaleidoscope of colour and spelndour.

The TV personality-cum-actress was a nurse in the United States but returned home to Ghana to follow her passion – movies.

“I followed my dream because I thought it was a better and easier way to discover my true self. So far, it has been really good,” she said.

She pointed out that, “Initially, my parents weren’t supportive of my passion but now they are more encouraging.

“Interestingly enough, they (my parents) just launched a TV station, Mission Africa TV, last month and they actually want me to host my own programme on it and I intend to start a show that will engage celebrities and also discuss social issues that affect the youth”.

Her made her acting debut in a TV series, Heels and Sneakers which was produced by Yvonne Nelson. She also has a movie in the works, titled A Way Back Home, featuring Alex Okubo, IK Ogbonna and many other stars.

She is in a movie, which is in the cinemas now, Lagos Fake Life produced by Mike Ezerounye; and she is also engaged in a yet-to-be-released TV series, Eden, featuring Kobby Acheampong, Jasmine Baroudi and Harold Amenyah.

Haillie is the female brand ambassador for London-based shoe brand, Jesu Segun alongside popular musician Stonebwoy, who is the male ambassador.

Haillie was born in Canada. She moved to the US when she was two years old.

“My mother is from Ghana and my father from France. I came to Ghana for my secondary school education and moved back to America to study at Riverside University in California and came back to Africa and stayed in Nigeria for a year before moving back to Ghana”.

She expressed her gratitude to God for her life, 4Syte TV for the numerous opportunities offered her and her parents, Dr. Kodjoe Sumney and Dr. Akosuah Sumney for their immense support.