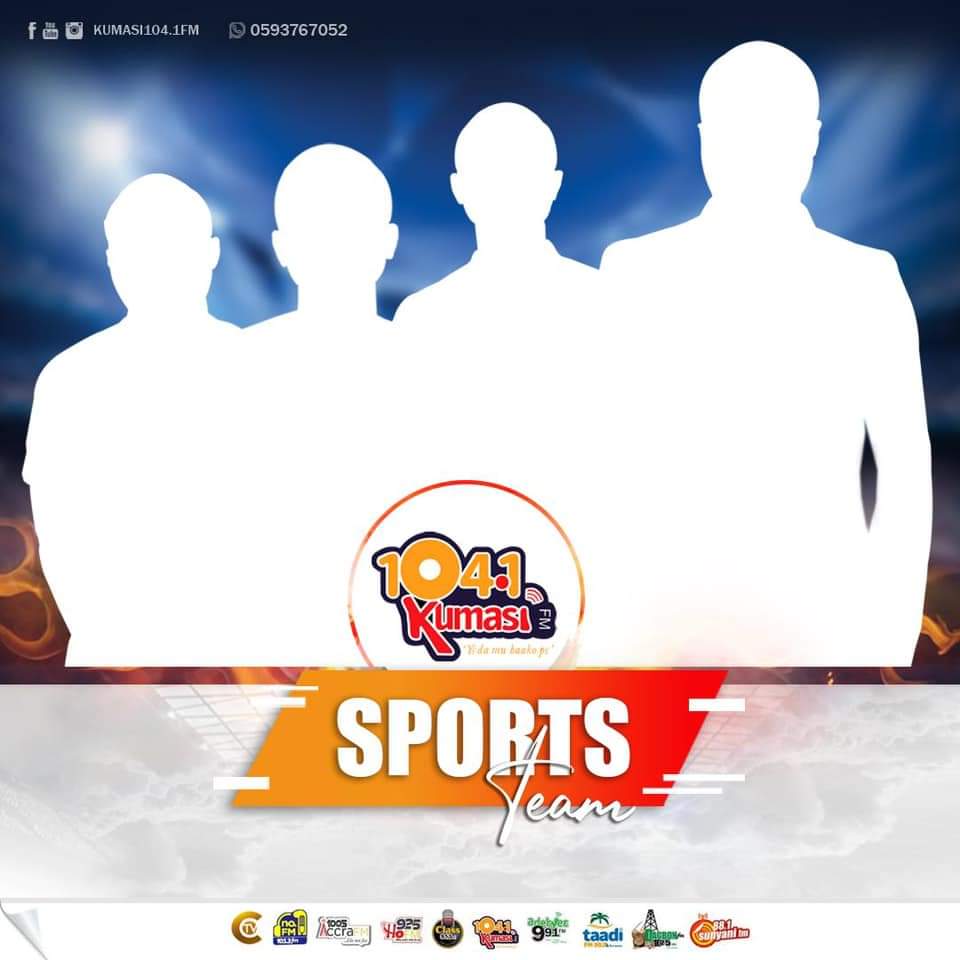 The sports fraternity in the Ashanti Region may in few days experience yet another shake-up on Class Media Group’s Kumasi 104.1FM.

Kumasi FM in a Facebook post on Wednesday, confirmed the Group’s acquisition of a new sports team to stir affairs at the Ahodwo based station.

Startled?
Pigeonhole every rumour & simply pick your brain on this.
Well, your guess is as good as mine – I don’t know!

The SPORTS TEAM to be unveiled SOON🔥🔥🔥

According to Mediafillasgh.com sources, the new sports team include a returnee, Little King affectionately called Latest Intelligence (formerly of Oyerepa FM, Fox FM and OTEC FM) – who is to host and present foreign news as well as sports pundit Gasty De Cruzer (formerly of Metro FM) – both joins the Ahodwo based outfit from Gye Nyame FM.

God in Your Hands I Commit this Opportunity to.🙏🙏🙏

We’re learning the team will officially commence work in the coming days.