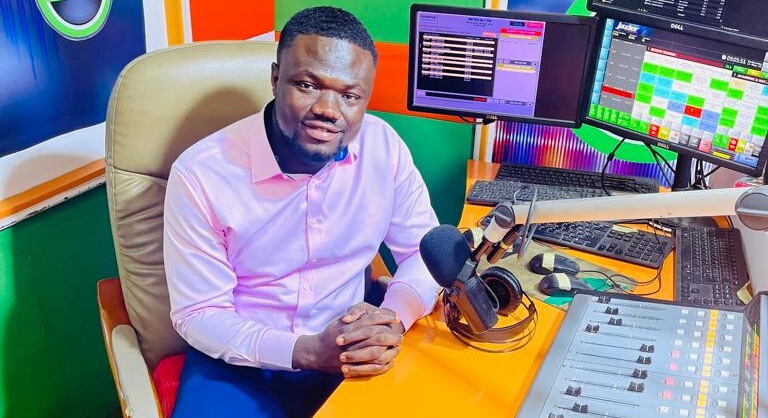 Young enterprising sports pundit Benjamin Owusu Antwi (affectionately known as ‘The Crusader’) has officially left his job at Ezra FM after 4 years with the Kumasi based station.

Mediafillasgh.com sources have confirmed the sports analyst tendered in his resignation from the Adum based radio station on Thursday 28th July 2022.

Your authoritative news hub for everything media transfer fillas, www.mediafillasgh.com will update cherished readers in the coming days his new radio destination.

Santokh Singh brings with him a plethora of worldwide expertise and a track record of success in media and communication.

He spent 8 of his 25 years in Ghana, where he led successful business development strategies. 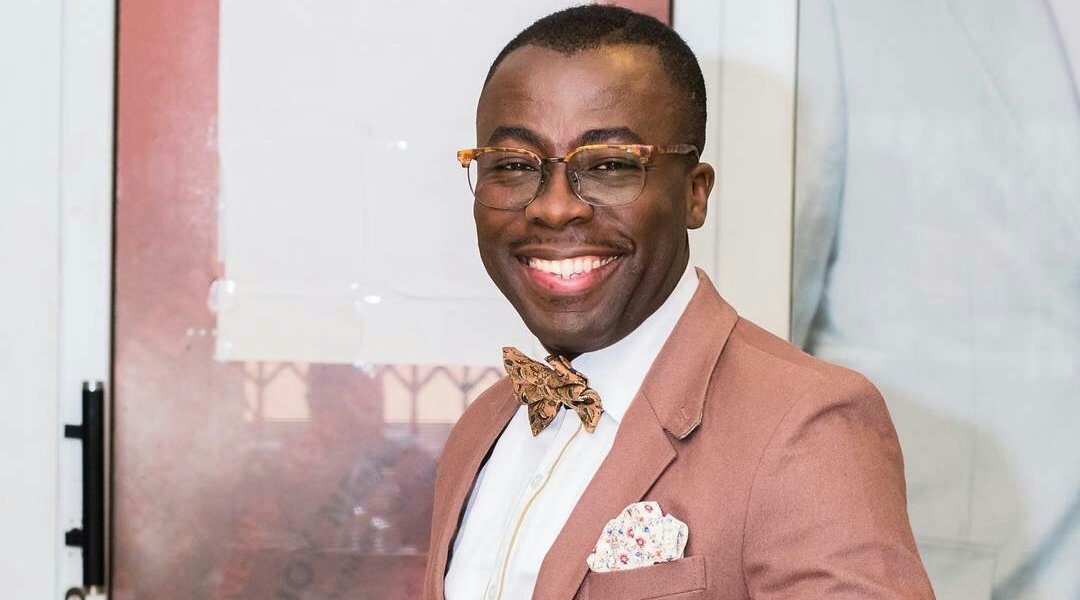 He told Agyemang Prempeh in an interview on ‘Legends’ on TV XYZ that he got money through radio and his work as a DJ but he did not handle it well.

“I’ve had a lot of money but I didn’t manage it well. I got money at a very young age,” he said.

He also said in the interview monitored by ghanaweekend.com that he was so hardworking that he could play gigs for three night clubs in a day.

According to him, even though he did not earn so much for individual gigs, playing at multiple places earned him more money.

Asked what happened to the money he earned, the Hitz FM presenter said: “I couldn’t save it. I spent it on things like clothes and cars.”

He added that his mother advised him to build a house but he told her he would rather buy one than build from the scratch.

“When you are young, you don’t get to really understand the vagaries of life. I thought I would always have money,” he further noted.

Andy Dosty said, at the time, he was lucky to have been one of the presenters who got poached in the radio business.

Andy, currently the host of Daybreak Hitz on Accra-based Hitz FM, has also worked at OTEC FM, Hello FM and Angel FM (all in Kumasi). 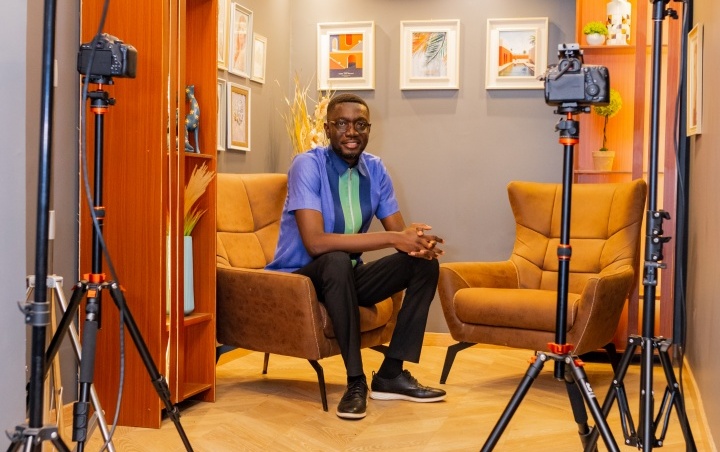 On Saturday, July 23 renowned media personality has expanded his Ameyaw Debrah Media business to include a new studio.

The opening of the facility which comprises a working space and the Ameyaw TV studio was part of his 41st birthday celebrations. The working space has high performance devices that will allow higher productivity, and the studio space offers a stable and controlled environment for our content production.

“After almost five years after launching Ameyaw TV, I felt it was time to have a permanent working space for my team that would allow us to create quality content in a more efficient manner.”

“With our new setup, we hope to create amazing content for our Ameyaw TV platforms as well as do general video productions for our clients. My vision is to expend into a complete digital media company, providing digital solutions for businesses using my experience and the creativity of my team. I also provide video production services for clients outside of our own contents, and our studio can be rented for use also.”

The Ameyaw Debrah Media office and studio was designed and built by Archidesign Concepts. ArchiDesign Concepts, which started in Las Vegas, Nevada, USA by the CEO, Bernice Peprah, develops architectural designs for residential, hospitality, and corporate, by infusing traditional and modern styles. 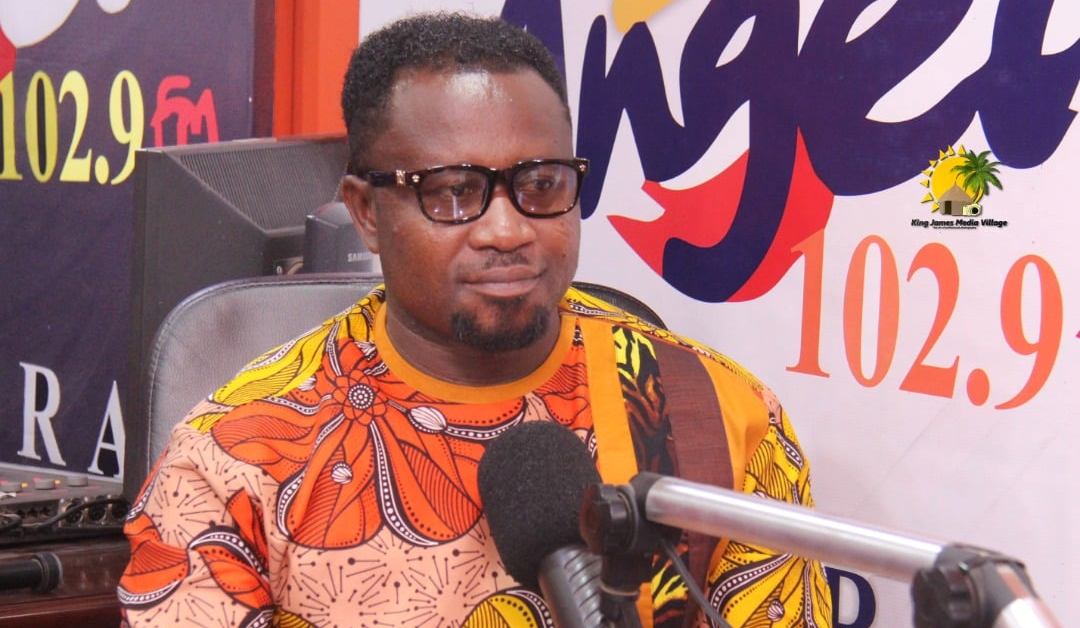 Popular news anchor and media personality Appiah Kubi Kasiebohene (best known in the fraternity as ‘Wassa International’) is officially is back at the Angel Broadcasting Network (ABN), www.mediafillasgh.com can authoritatively state.

“Wassa International” as he is widely called by his cherished listeners all over, will be anchoring the evening flagship news analysis programme dubbed ‘3SomeNews’ as well as other news programmes on the platform.

Appiah Kubi with a repertoire of experiences as a broadcaster and communicator and thereby brings extra quality to the already sterling team.

Congratulations on his return!

A popular media personality in the Eastern Region known in the media fraternity as Offei Wonuanie is set to start a new entertainment show dubbed FREEDOM ENTERTAINMENT on Freedom Radio 89.3mhz.

The show will also be aimed to focus on the Creative and the entertainment industry in the Eastern Region to influence change and improvement.

The show is tailored with rich segments such as Showbusiness, the Review, etc.

Offei Wonuanie has worked with a number of radio stations including KTU Radio Koforidua, Eastern FM Koforidua, O FM Obuasi, Radio One Bunso Junction, etc, and has won many awards to his credit.

There is a lot of expectation on the upcoming show with the level of impact it will have on the Creative industry in the region. 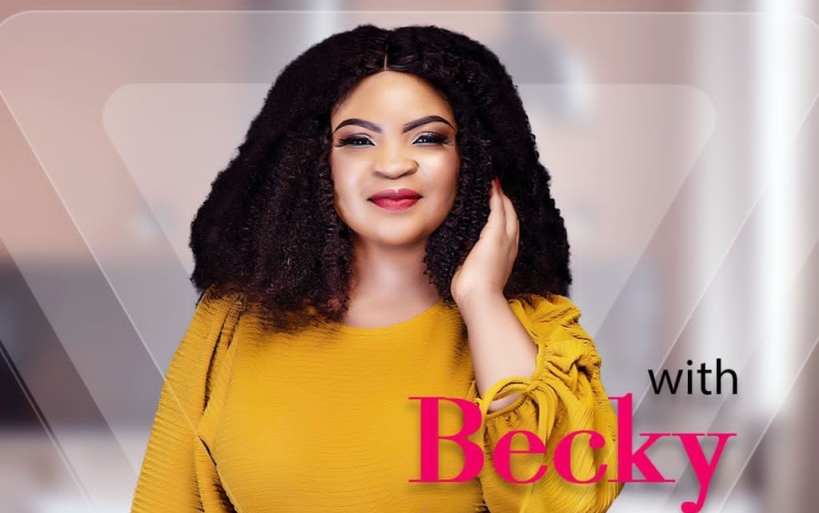 Your credible entertainment news sources, JoyNews and Joy Prime are set to premiere the Season 2 of the much-anticipated show, E Vibes this August.

The programme delves into the background of the country’s celebrated personalities who are doing tremendous work in their chosen field of work cutting across ranging music, movies to politics among others.

It is set to return to the screens with even more thrilling episodes.

The guests will not only talk about their dealings but also show viewers the environments and personalities that influenced them the most.

The E Vibes show strives to evoke memories through the setting of the interview and their rise, the memories they made on their way to the top with the hope that their unique stories will help shape the younger generation.

E Vibes is different from your regular day-to-day interviews. This show is carefully designed to provide some quality time with selected personalities

Since taking off in November 2020, some of the biggest global icons in music, movies and the political space have been featured on the show by the exciting Becky who simply “got the Vibes”.

E Vibes is on JoyNews this and every Saturday at 8:30 am. Viewers will get the chance to catch playbacks on, Sundays at 10:30 am and Fridays at 6:30 pm.

On Joy Prime, E Vibes airs on Saturday, at 4 pm.

The host, Becky, is poised to bring viewers the vibe behind these personalities as she takes them on a ride to appreciate their development over time. 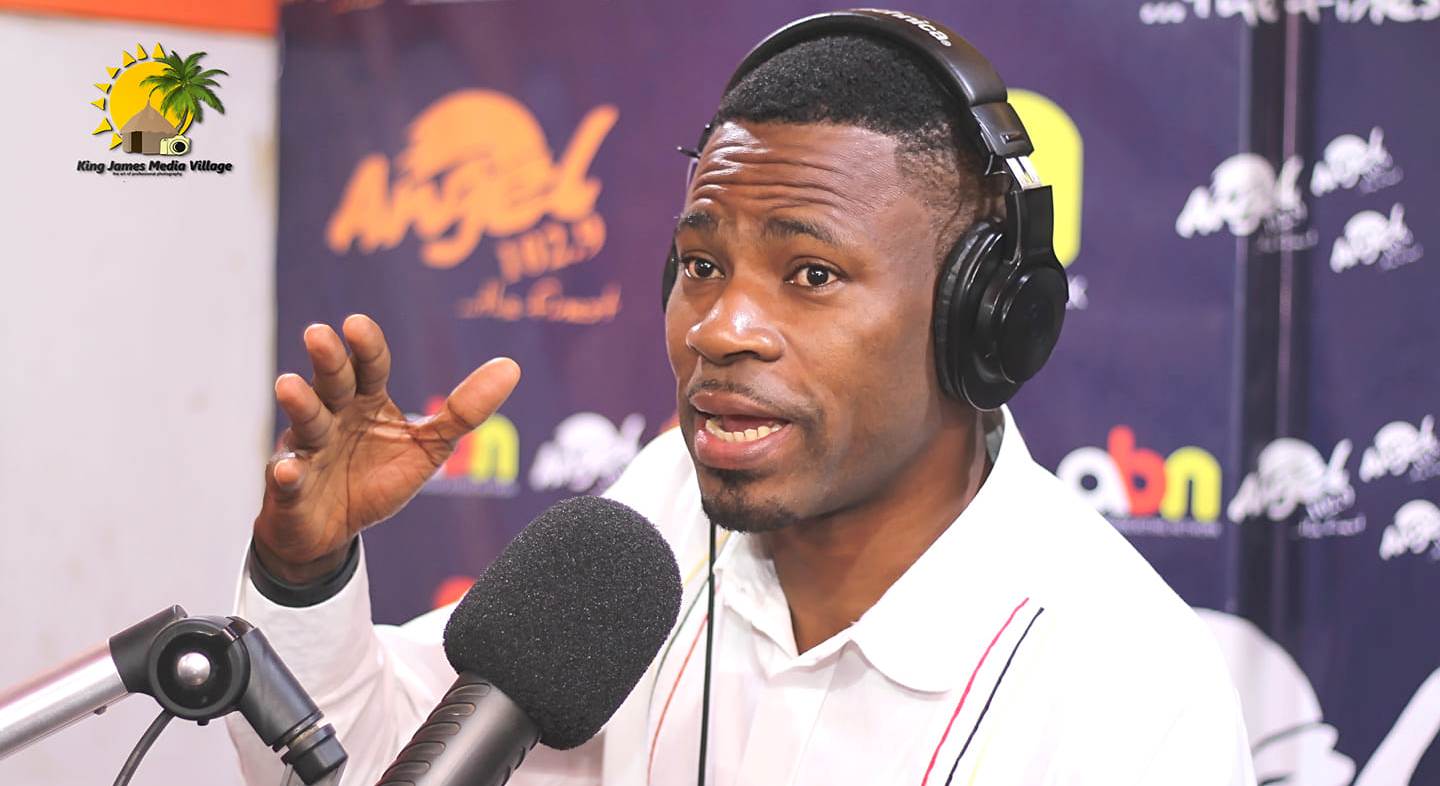 Ghanaian Media Personality, Kofi Adoma has heaped praises on his wife, Miracle for sticking with him despite his numerous stunts with other women all through the years they’ve been together.

Kofi Adoma , formally of Adom FM, on Wednesday, July 20, confessed on the Anopa Busuo Programme the many years of infidelity his wife had to endure from him.

According to Kofi Adoma, their relationship started 19 years ago when he was but a boy navigating his way through life in Drobo. He was at the mercy of his in-law (Miracle’s father) and that was when he met her.

During their courtship, Kofi reveals he got Miracle pregnant, a situation which angered Miracle’s father who later refused to give them his blessings.

In the interview, Kofi narrates he was advised to do right by Miracle and pay her bride price, no matter how small.

“So I was advised to find a way to do something traditionally. So I spoke to her grandparents, and they said it was the right thing because no matter what, one day, my child will come looking for his father (me).”

Kofi adds that despite the pain he had caused his father-in-law, he still managed to land him a job in Accra, and whilst on the job, he got another lady pregnant.

“I was working at Hot FM when another lady came my way. I impregnated her too. Then I told Miracle (his wife) since I was building a life in Accra with her help. She said it’s not your fault. It’s my father who won’t allow us to get married. So she gave me money to go and perform introductory rites for this other woman in Ho,” he stated.

The Kofi TV boss added that throughout his continuous embarrassment of his wife, she still gave him money to rent a room which he shared with yet another different woman.

“I also took money from her to live with another woman in the room she paid for. Then, she went to see an estate company who contacted me (I was at Adom FM),” he added, stating that he protested that his salary could not cater for buying a house.

“They said the woman who directed us here has already paid half of the cost of the house for you to complete. I went to the UK. Impregnated someone else and had another child. In all that, she was still with me,” he added. 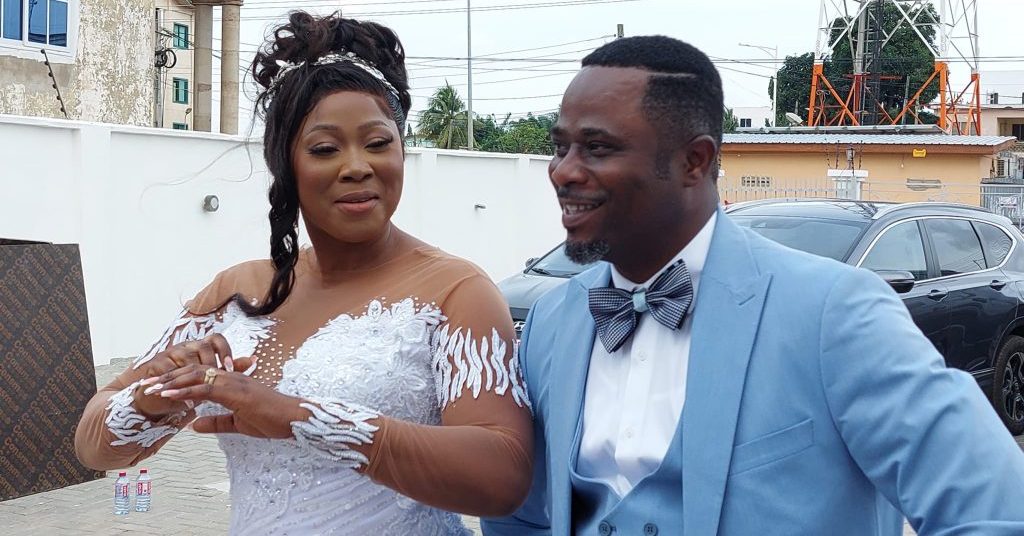 For some time now, Papa Bills have been mocked by some of his friends and colleagues over his decision to supposedly remain single even though he appears to have all the things needed before any man settles down.

The wedding ceremony between Papa Bills and his beautiful wife was not published that much even though he had all the tools needed to make it a fun fair.

From what we are told, it was strictly by invitation and it was open to only family, friends, and close associates of Papa Bills.

Papa Bills and his newly-wedded wife were dancing as dollars were being splashed on them. 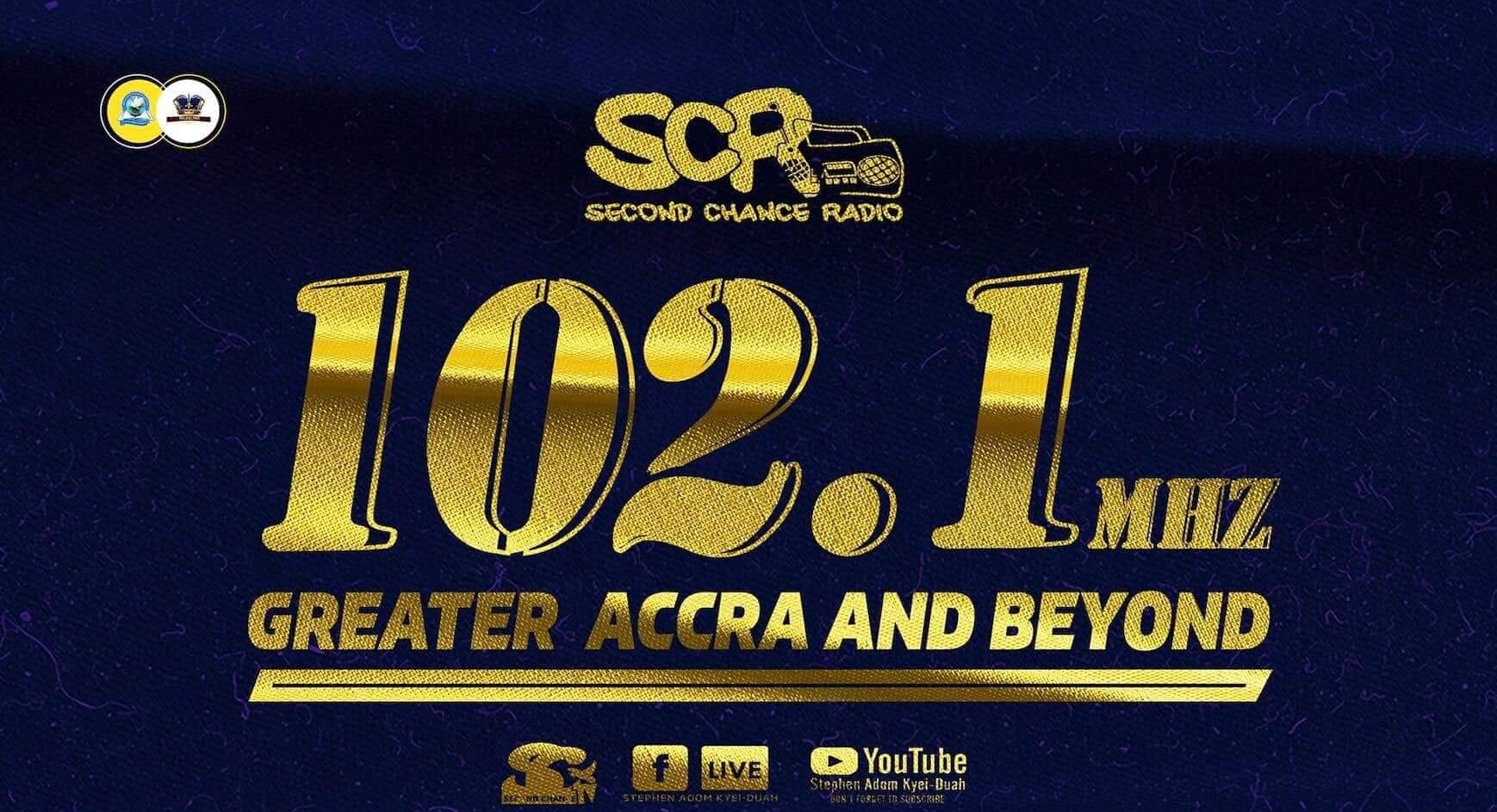 One of the numerous properties belonging to Zylofon Media; Zylofon 102.1FM has officially been sold, www.mediafillasgh.com can authoritatively state with any doubt.

It is a hundred percent takeover, we can also tell you. Workers at the East Legon-based station have now been informed of the new arrangement.

The radio station which started operations some year ago (owned by Ghanaian businessman Nana Appiah Mensah popularly known as NAM1), has now been acquired by the founder and leader of Believers Worship Centre, Prophet Dr. Stephen Adom Kyei-Duah.

This website can also add that its former name, Zylofon FM has eventually be changed to Second Chance Radio (SCR).

The newly acquired property which falls under its Second Chance , we have gathered, will pick programmes from Second Chance TV on Multi TV.

All Philadelphia Royals in the Greater Accra Region and beyond can tune in to Second Chance Radio 102.1FM for more undiluted word of God.