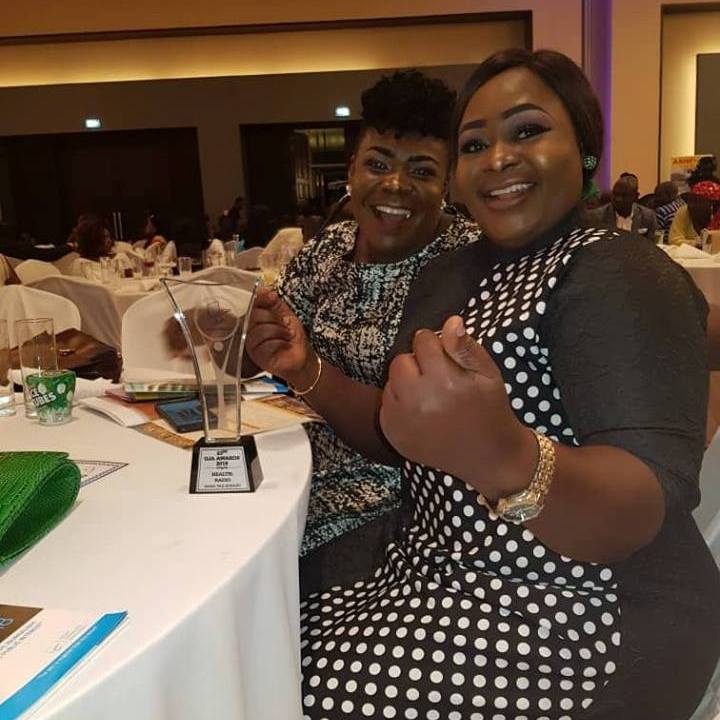 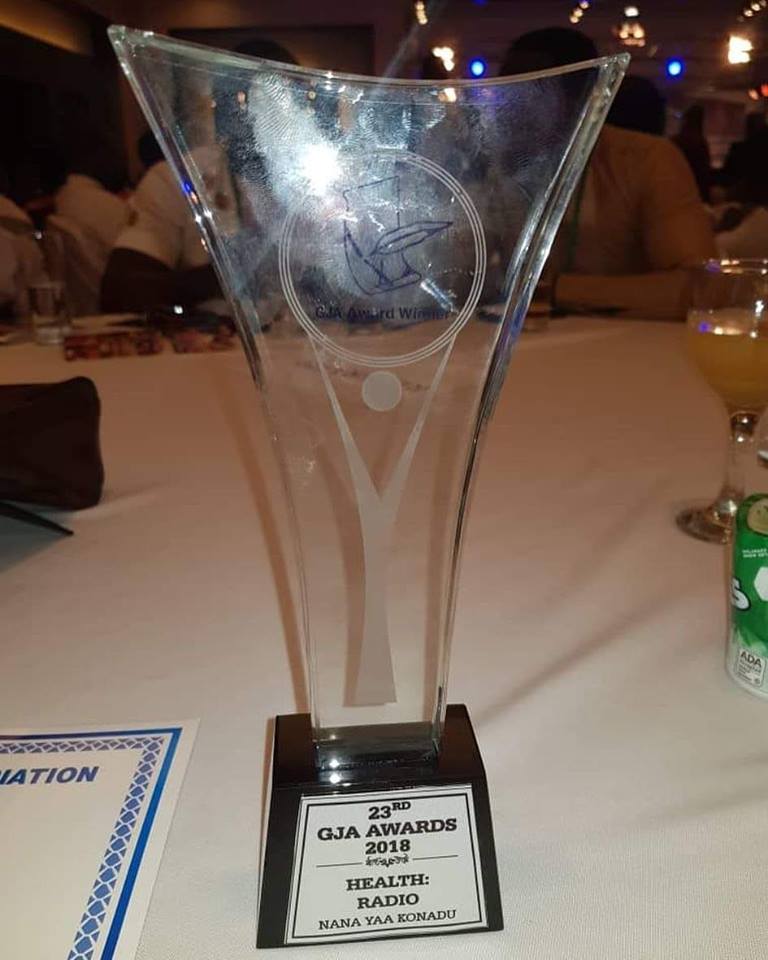 She was honoured with this award at a ceremony which took place at the Kempinski Hotel in Accra.

‘Mpom te sen’ on Peace FM aired on Fridays between 2pm and 4pm beat off competition from similar shows hosted on several radio platforms across the country.

The show, which is arguably the most listened to radio show in the country has been at the centre of educating the masses on the importance of taking good care of their health.

Nana Yaa Konadu, who is also the host of Asomdwe Nkommo (Wohaw Nesen) on Peace FM (on Wednesdays between 2pm and 4pm) was among nearly 36 selected journalists in the country who received various awards on the night.

The award was in recognition of her modest contribution to health delivery in Ghana.

Nana Yaa Konadu took over the hosting of the show from the legendary broadcaster, Afia Konadu when she went on retirement.