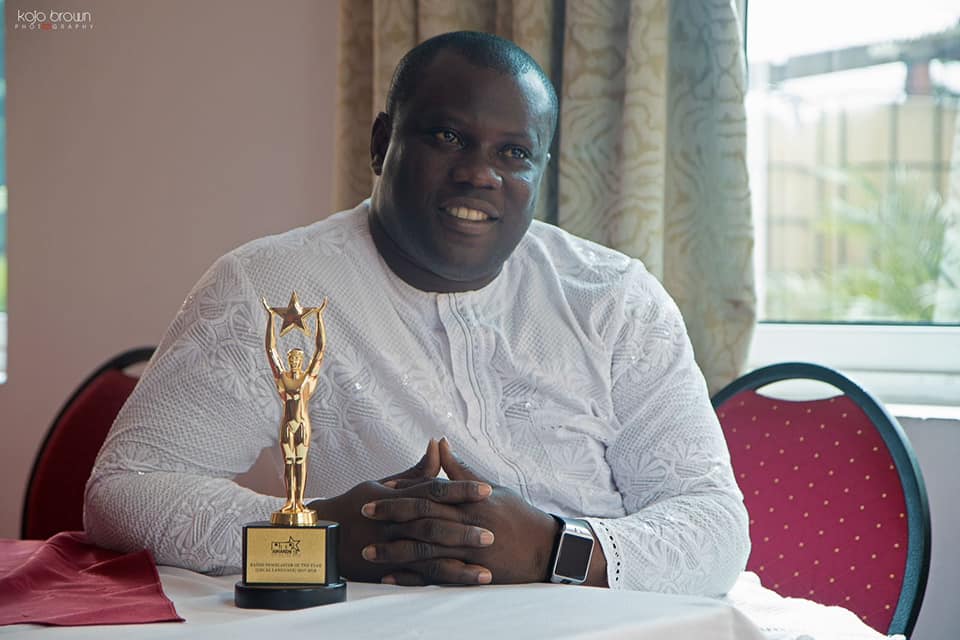 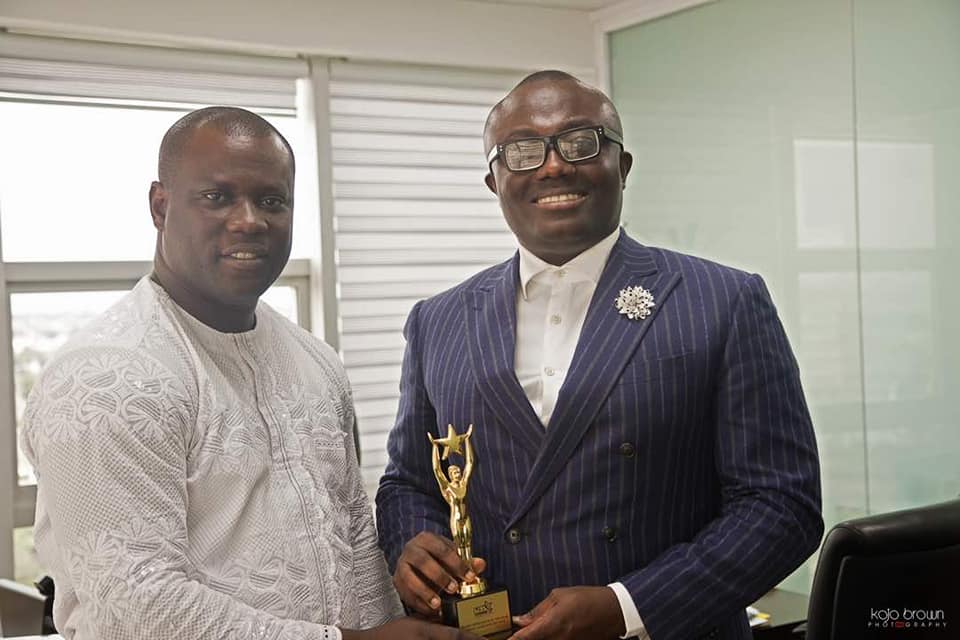 Bonohene Baffour Awuah of Accra-based Kasapa FM, a subsiduary of EIB Network has been adjudged the overall radio newscaster of the Year award (Local Language category) at the 2018 edition of the Radio and Television Personalities Awards which took place last Saturday at the Accra International Conference Centre.

The event was organized by Big Event Ghana and it saw show hosts, journalists, and other celebrities grace the awards night.

The award winning local newscaster for the year 2017/2018 has stated that his vision is to impact society by encouraging students to learn more local languages.

This according to the astute news anchor is the best way Ghana can properly sell itself on the international market.

Known in real life as Awuah Baffuor Williams, the fluent twi newscaster started radio in Sampa in the Brong Ahafo Region where he worked as a Morning Show Host, Head of Programs and News Anchor at Yankee Fm.

He was also the Headmaster of the SDA JHS in the Jaman North District of the Brong Ahafo Region.

To fully satisfy her curiosity, she monitored me a second time and told me straight in the face after my show that she would take me to Accra. Everything was like a dream to me because I had never thought of working in a local radio station in Accra. To cut a long story short I was brought to Kasapa fm”, Bonohene said with tears in his eyes.

After joining Kasapa FM in September 2016, the News Editor Mr. Emmanuel Kofi Ohemeng and Programs Manager, Mr. Kojo Preko Danquah both saw something distinctive in him and therefore gave him the opportunity to read both the midday and evening news.

After making a very good impression within a short period, Bonohene was made to host the morning show on days when the main host was unavailable.

Hard work they say pays and as such in December 2017, he received the overall best worker for Kasapa fm.

As though that was not enough, Bonohene was given another role as the morning show host of ‘Yensempa’ a program which comes off every weekday on Agoo TV the local TV of the EIB Group.

His hard work and distinct delivery caught the attention of the organisers of the RTP awards who nominated him for best local newscaster last year but unfortunately he did not win.

Not perturbed by that, the determined newscaster pushed harder and won the hearts of most local radio lovers who voted massively for him when he was nominated a second time.

Bonohene had most of his education in Sunyani in the Brong Ahafo Region, starting from Ridge Experimental, then to St. James Seminary and Secondary, through to the Teacher Trainee College in Berekum and finally to the University of Education Winneba.

Due to his love for his country, Bonohene loves local Ghanaian dishes and does not have a favorite.

His hobbies are reading and listening to music.

Born to Madam Elizabeth Afia Boatemaa, Bonohene is the second born and hails from Berekum in the Brong Ahafo Region.

“Every talent must not be left untapped. Everyone has a unique talent and I pray that people find their angels to take them to the promised land”, Bonohene said with a lot of gratitude to Nana Yaa Brefo, Emmanuel Kofi Ohemeng and Kojo Preko Danquah.