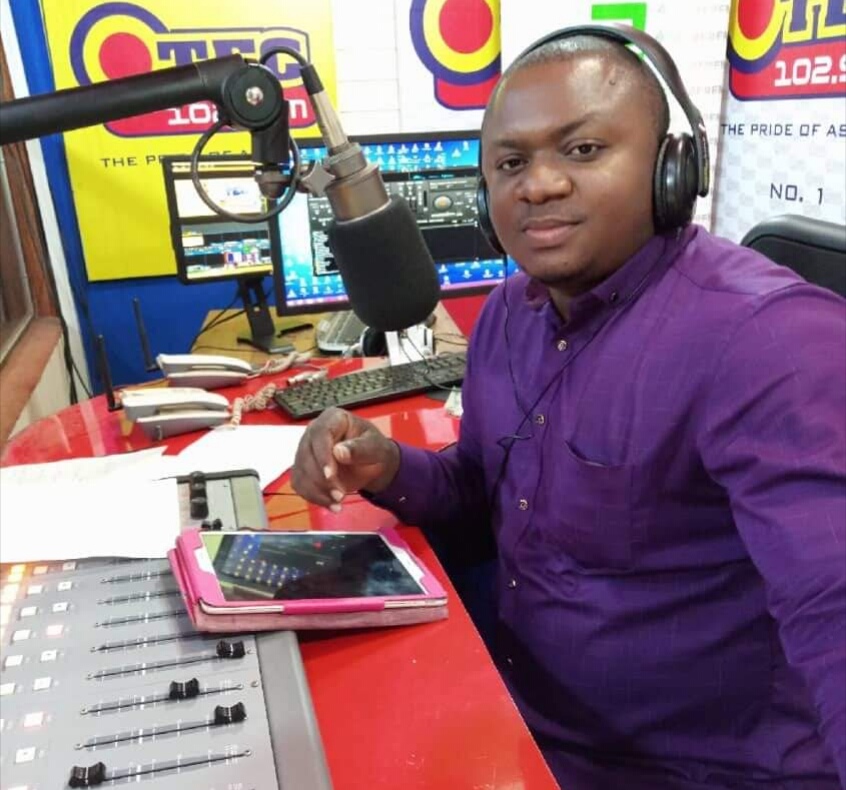 The Dwabrem host joins the Asem-based radio station as the new host of the Fox Morning Drive which runs between 6.20am and 9.30am each weekday, this website can confirm.

Agya Wusu as he is affectionately called replaces Oheneba Nana Asiedu, who we’re he has been transferred to Takoradi-based Fox FM, also operates under F-Giant Broadcasting Limited.

In a similar development, Mediafillasgh.com can confirm that the Fox Morning Drive crew will now be headed by renowned Socio-political analyst Eben Jonah(affectionately known in the media circles as Osempakani), who is also the host of Asanteman Nkosuo which airs on Saturdays between 6.30am and 9am.

This portal can also confirm that popular drive time show host of Adehye FM, Danny Owusu-Aduemi is joining the Ultimate Music station as new host of the Rush Hour which runs between 3.30pm and 5.30pm each weekday.

Danny Boyy replaces Lovin Cee who left the Asem-based station to pursue other interest at another Kumasi-based radio station few months ago.