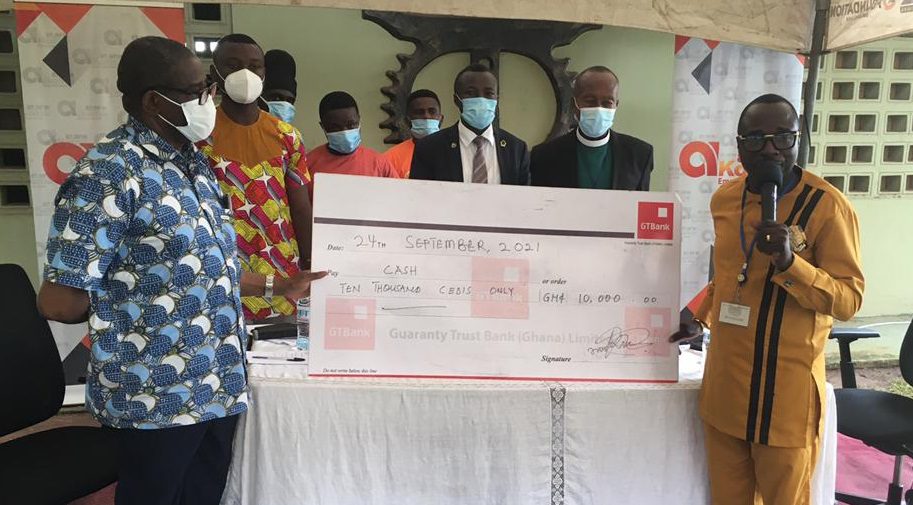 Host of Akoma FM’s flagship current affairs and political show GhanAkoma Aduanaba Kofi Asante Ennin has settled the medical bills of 14 patients who have been detained for non-payment of bills at the Komfo Anokye Teaching Hospital (KATH).

The intervention, which was a GH¢10,000 package mobilized by Aduanaba Kofi Asante Ennin with support from some cherished listeners of Akoma FM, settled and discharged 14 patients who have been detained at the hospital for not being able to pay their medical bills.

The move forms part of the one-year anniversary celebration of GhanAkoma since Aduanaba Kofi Asante Ennin took over as host in September, 2020 when he joined Media General.

The gesture also coincided with the birthday of Aduanaba Kofi Asante Ennin. So, he decided to settle hospital bills of needy patients.

Speaking in an interview after the presentation, Head of Welfare Unit at KATH Joshua Addo Kuffour explained that the trend of detaining patients over financial challenges is very prevalent at KATH, hence Kofi Asante’s intervention is very timely.

“As Welfare Unit of the only referral center within the central part of the country, we are faced with thousands of requests by needy patients for assistance to settle their hospital bills,” he said, “so this payment of some detained patients will reduce the congestion within some wards.”

Benefactor of the initiative Aduanaba Kofi Asante Ennin explained that the reason behind his move to settle and discharge the patients was to ensure lives are touched, especially with the vulnerable within the society.

“So myself and the GhanAkoma team, we began to mobilize funds from some individuals and businesses to support. Some of them came on board with the little they had and I added more than half of the GH¢10,000 and now here we are.”

Mr Asante Ennin assured of continuous support for such people within the society.

“We plan to adopt this initiative so at least we can mobilize, pay and discharge 100 patients every quarter.”