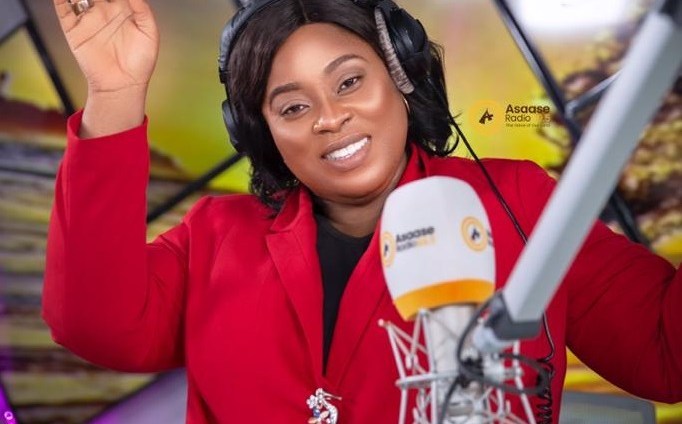 Television and radio personality Amanda Jissih has officially joined the pan-African multimedia station, Asaase Radio 99.5 as the sit-in host for Between Hours.

Between Hours is a music radio show interspersed with live listener interactions, games, sing-along sessions meant to put listeners at ease whilst ensuring they are prepped up for the rest of the day’s work.

Speaking in an interview with Asaaseradio.com Jissih said she is excited about the new role, promising to thrill listeners to music and insightful conversations for the next three weeks.

“I believe there are a lot of hosts that you could call on but you guys deal with professionals so you won’t just call anyone. So, for Asaase to call on me to sit in for Naa Ashorkor, I believe you guys know what you want but for me it’s a plus,” she said.

Jissih added: “I know very well how well informed Asaase is, so for the next three weeks it’s going to be me. Let’s just have fun and make good use of the one hour between 2pm to 3pm.”

Asaase Radio currently boasts top presenters such as Kojo Mensah and Nana Yaa Mensah who are the anchors of The Asaase Breakfast Show from Monday to Friday.

Asaase Radio employs over 50 staff and has first-class, state-of-the-art multimedia studios. They are among the best to be found anywhere in the world.

The station has been serving listeners over the past year with a plethora of diverse, engaging, informative and educative content, with music and news from across Africa and around the world.