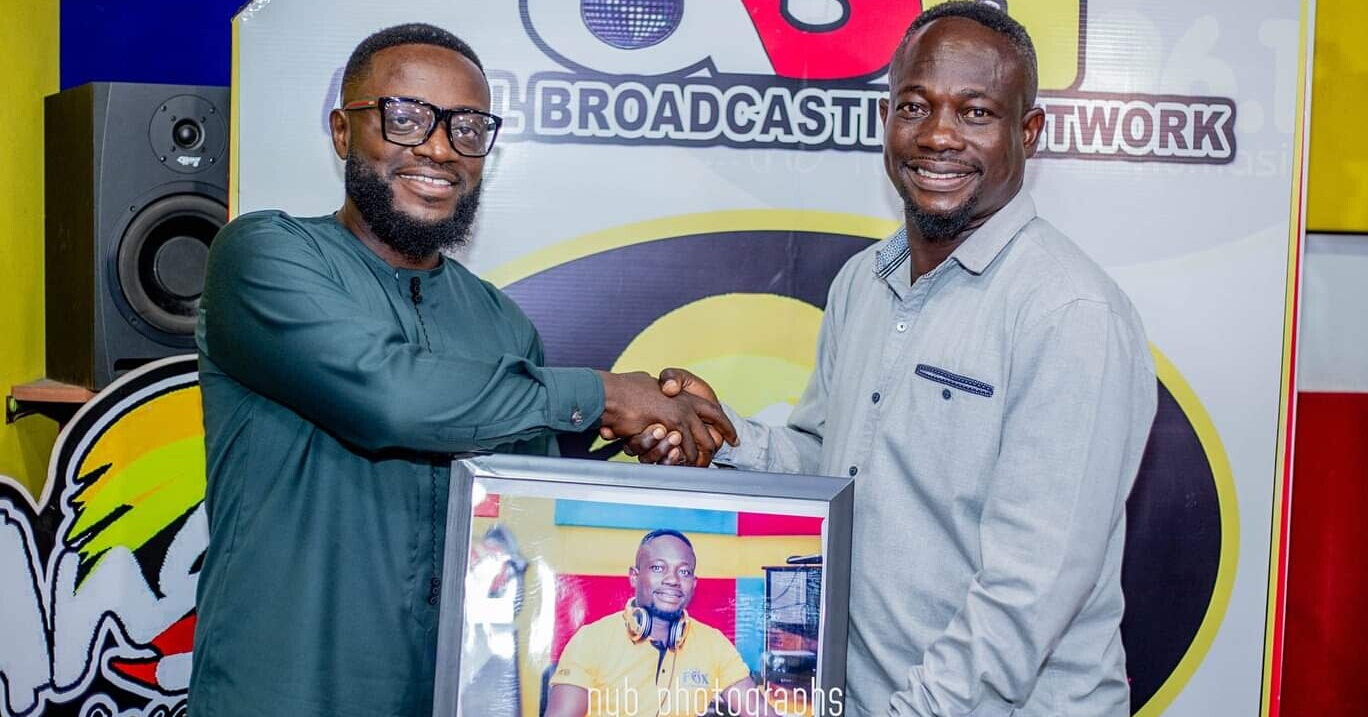 The Ambidextrous and ace radio presenter, Odehyieba Frankie Taylor has been celebrated by Angel Drive Crew for his beneficence and consecration to the Ghanaian Media Industry.

Frankie Taylor popularly known in the media solidarity as “Mapoo” was a guest on Angel 96.1 Fm Drive on Tuesday, 22nd March, 2022.

The entertainment master, Ike De Unpredictable hosted and celebrated him together with the entire drive crew for his superfluous works as a broadcast Journalist.

Based on his unmeasurable achievements on radio and in the showbiz industry in Ghana, The experient has won many awards both home and abroad including the recent awards like the outstanding leadership award dubbed Nsoroma Award by Global Centre for Transformational Leadership, 2014 Ghana DJs Awards, Best Music Promoter of the Year, 2013 by Mercury Events.

Frankie Taylor who has been with Fox FM since the inception of the Asem-based station in 1999. He has trained a lots of presenters both in Ghana and abroad.

The Indefatigable clairvoyant is the first presenter to orchestrate the first official Hiplife Music program dubbed ‘Atumpan’ in the history of private broadcasting in the Asante Kingdom and beyond.

On Tuesday, Angel Drive family celebrated Frankie Taylor for his dedication and contribution to Gh media. It’s strongly believed that a legendary broadcaster in Odehyieba Frankie Taylor who have made success out of hard work should be well celebrated.

He’s an outstanding broadcaster, actor and movie producer who has really contributed immensely and deserved to be celebrated.

This celebration is to also encourage, build momentum, and make the hard times feel all the more worth it for every great talent. His life story is an inspiring one.

May God continue to bless you!