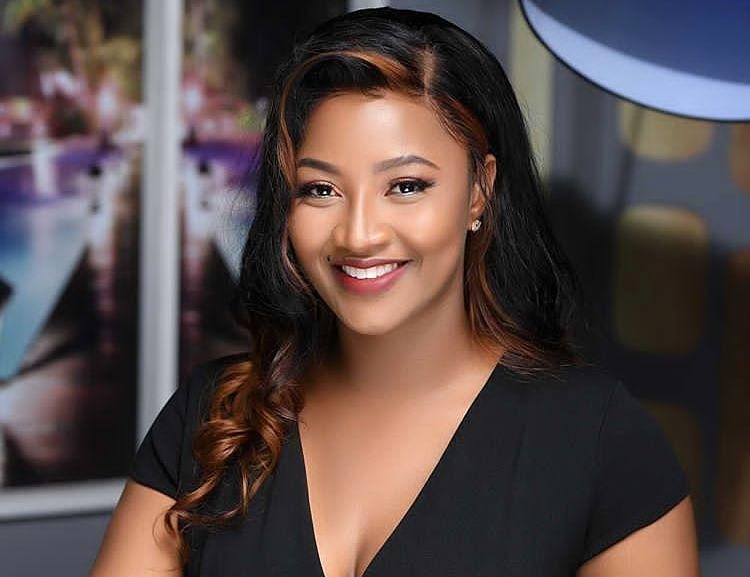 Angela Bamford who has been described as one of the hardworking fresh faces on Ghanaian television has ended her working relationship with the EIB Network.
But her TLS Show has been repeating old episodes for some weeks now.
Inside sources say she won’t be returning on the newest episodes of the show.

Angela was outdoored as the host of the show sometime early 2020. She was also co-host of all ladies talk show, Toast, in addition to reading the business news on the channel’s evening news bulletin.

It looks like she will not be returning for any of the programmes. The reason for her departure is unknown.
Angela has left at a time when the station has been introducing new faces to make up for the vacuum created by the channel’s previous known faces who have abandoned the station for various reasons.
She joins the likes of Berla Mundi, Cookie Tee, Giovani Caleb, KOD and Mz Dru among others who have all moved on from the EIB Group.

Angela Bamford had a stint with showbiz at an early age, from singing with the group D3, modelling at Exopa Model Agency and acting to TV host. Prior to joining Ghone TV, she also worked at Kwese TV (Former Viasat 1) and 4stye TV.
She joined Ghone TV in February 2020 and was one of the most commanding and interesting hosts on the channel.