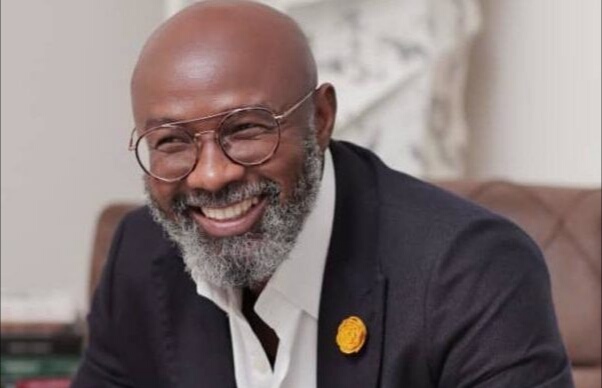 The board of directors of Asaase Broadcasting Company Ltd (ABC) announces the appointment of Prince Moses Ofori-Atta as general manager of Asaase Radio. The appointment takes effect from 1 February 2021.

Mr Ofori-Atta, known simply as Prince Moses, has been the head of the business desk at Asaase Radio since its launch in June 2020. He will be working closely with the group chief executive officer, Nana Opoku Agyeman, to achieve the company’s objectives.

Prince Moses comes to the job with a wealth of experience spanning three continents and nearly three decades. He has also been a member of Asaase Radio’s five-member interim management committee, which has steered the station over the past three months, a team that included Kojo Mensah, the board member of ABC and lead anchor on The Asaase Breakfast Show.

Commenting on the board’s decision, the ABC board chair, Gabby Asare Otchere-Darko, said: “Right from the onset, Prince Moses has been a key, keen member of the foundational team put together to build Asaase Radio into the multimedia station of choice for credible information, rich entertainment and responsible journalism.

“Multilingual and highly knowledgeable, Prince Moses will lead the team with proven professionalism, and a humble appreciation of the challenging and competitive local media landscape. We expect him to bring the best out of the excellent team put together at Asaase Radio.

“Prince Moses is forward-looking and has a strong bias for issues pan-African, business news, environmental and information/communications technology. This sits well with the DNA of Asaase Radio,” Mr Otchere-Darko said.

He added: “Ghana’s hosting of the headquarters for the African Continental Free Trade Area and the recent unveiling of Accra as the ‘Commercial Capital of Africa’ make our pan-African, business and entrepreneurship orientations at ABC all the more relevant. This new appointment shows our ambitious drive to contribute to this African project.

“The decision is indicative of the company’s strategic push for continental consensus-building, especially in the area of trade and movement of people, as a catalyst for social and economic development.”

Prince Moses was a co-founder of World Radio Paris, a Paris-based English radio station launched in 2003, and editorial director of L’Afrique Sur Internet. Until recently, his skills in management, media and communications also led to a period as the online editor-in-chief for Africa’s leading, multiple-award-winning magazine The Africa Report, where he worked alongside the likes of Patrick Smith and Nicholas Norbrook.

He was also the product manager for the Jeune Afrique group, the publisher of The Africa Report, and he has television experience from hosting a series of TV shows with the veteran francophone Afrique Étoile broadcaster Macy Domingo in Côte d’Ivoire.

As the Africa representative of the Cercle Jefferson, a high-profile Paris-based business and political association, and a former president of the French-based journalism think tank Cercle Andrew Young, Prince Moses has a strong understanding of diverse socio-political dynamics.

“Economies across Africa, including Ghana, stand on the stilts of the micro, small and medium sectors, and the importance of these sectors as levers of growth and sustainable livelihoods cannot be overemphasised. That is why we are particularly interested in providing a platform that connects new trends in business, entrepreneurship and technology to our very own indigenous understanding,” Prince Moses says.

He explains: “We hope to use our platform to encourage the development of an ecosystem that provides the tools for both young and seasoned entrepreneurs and businesspeople to thrive in Africa’s new commercial space. Asaase Radio’s tagline as ‘The Voice of Our Land’ speaks to Ghanaians who depend on objective information and expert analysis to make critical decisions.”