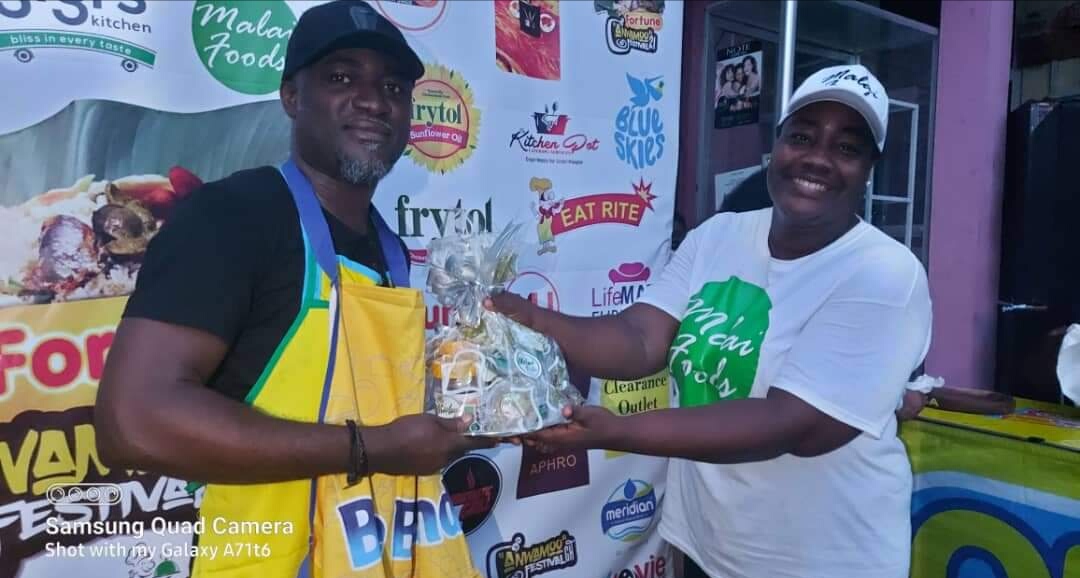 It was all thrills at the sixth edition of Anwamoo (‘Oil Rice’) festival which came off at K. Boat, Dome saw seven contestants competing for the prestigious prize.

The festival, since its inception in 2016, has always had great patronage and this year’s was not different. It attracted large numbers of patrons who took part in various activities as part of the occasion.

Participants of the Anwamoo festival were treated with food and drinks for free amidst the cooking competition amongst the men.

It was a full day celebrating good food, music and great vibes.

Candy Man is a powerful force on radio who likes to be referred to as Music Man because he is an entertainer as well as a radio host.

For the past 24 years, the presenter, who has won the hearts of many radio listeners in Accra and Kumasi with his creative style of play and presentation, has worked diligently as a radio broadcaster.

DJ Candy Man has over the years proved to be one of Ghana’s untouchable talents and has played in a number of night clubs.

In his entire radio career, spanning over two decades, Candy Man has train many radio presenters and DJ’s who are making a lot of impact on the music scene.

Congratulations on your award!