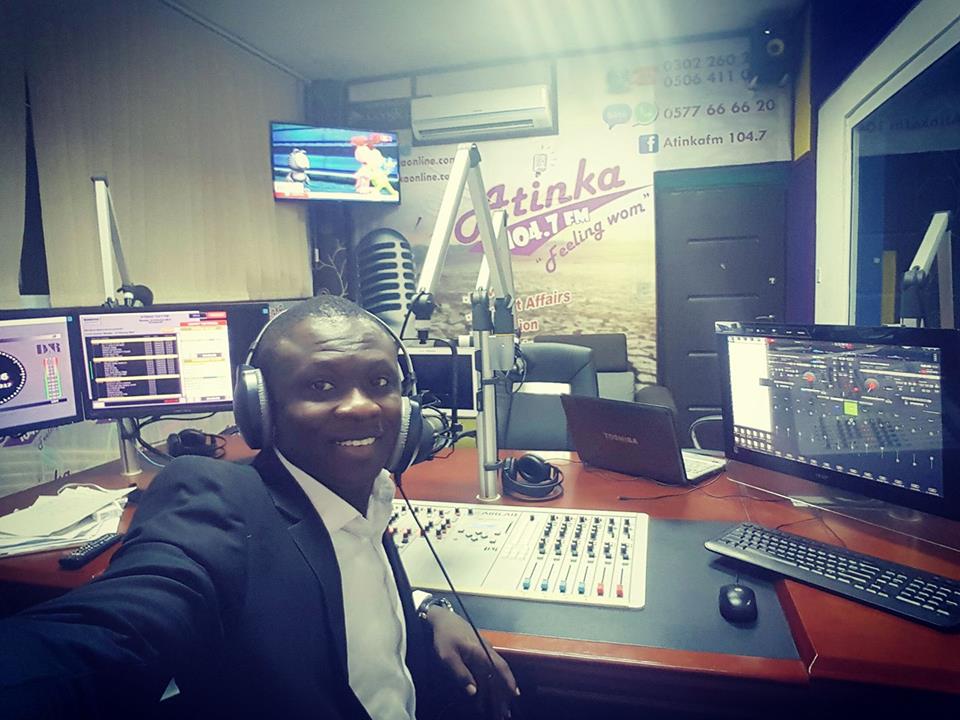 Vibrant sports journalist Saddick Adams, popularly known as Sports Obama, has revealed that he was attacked by unknown assailants at his residence on Wednesday.

The Atinka FM sports presenter said some men stormed his home and attempted to forcibly break through his gates.

According to him, the assailants fled off on a motorbike following the swift arrival of some policemen at the scene.

“So, two unknown assailants pursued me and forcibly attempted breaking into my home moments ago. I was told someone was outside calling me out and kept trying to force gate open. Walked to open cos I initially thought they were genuine guys looking for someone,” he wrote.

“Saw through gate’s hole these were clearly guys on drugs so I sensed danger. I rushed back to room to lock myself and started calling police. Whiles whole family in panic and shouting for help, could hear the criminals were still using a metallic object trying to open gate. Police arrived few minutes later and guys bolted on motorbike. They were chased but escaped. Series of gunshots and neighbours now in shock. Thanks to the Taifa and Tesano Police. Moments of madness.”

This is not the first time that Saddick has been attacked by unknown assailants.

Two years ago, his car was shot at close range after he was chased whiles driving. The journalist is a strong critic of the Ghana Football Association and the Kwesi Nyantakyi administration.

Many believe his vociferous personality on national issues have made him a target of those whose toes he may have stepped on.

Early this year, Saddick Obama was promoted as the Head of Sports at Atinka FM.