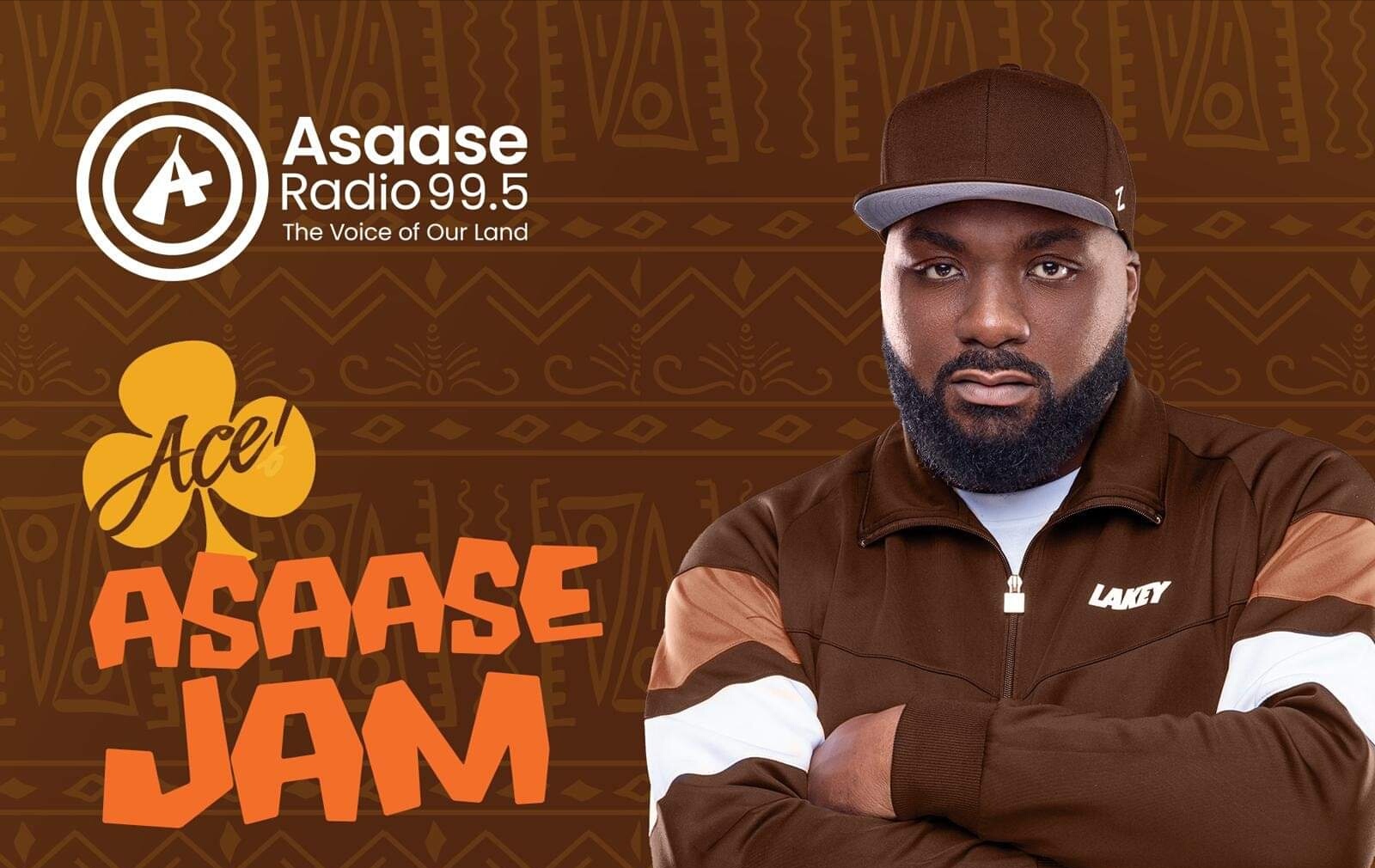 Your Saturday nights will not be the same! Prepare for an all-new experience with DJ Ace starting this weekend, Saturday 4th July 2020. You can’t miss this!

The Cantoments based station is run by the same owners of the Daily Statesman newspaper, which has Gabby Asare Otchere-Darko as the frontman.

Born Ashley Asomani affectionately known as DJ Ace is a UK based Disc Jockey who works with BBC Radio 1Xtra.

The celebrated broadcaster has a long history of reflecting on its audience as well as providing a platform for the best in Black music and entertainment across the UK Urban space.

His frustration with the word ‘urban’, his label RecordBox and the inspiration behind his Instagram Live talent show, The Vocal Elections. Crucially, too, he reflects on the acclaimed two-hour radio show he recently presented with Seani B that dissected issues of race and identity.

“I really cherished the opportunity to speak about how I felt as a black man in the UK,” Ace tells Music Week. “It was liberating to let people know exactly how we felt in regard to the horrific things that have happened in the States and over here, and also how we feel about our positions in the music industry based on our colour. There were so many things that I never thought I would have the opportunity to say. It was a huge weight being lifted. Hats off to the execs at the BBC – they were brave enough to let us voice that on the air.”

DJ Ace went on to describe some of the frustrations and obstacles he has experienced in his career, while also noting that some things have, at least, changed for the better…

“I love BBC Radio 1Xtra and I believe in it,” Ace continued. “That’s my heart, it’s the station I’ve helped build since 2002. I’ll always have a deep love for it. But sometimes I feel like I’ve been done dirty in regards to certain different things.

I know for a fact that if you put my stats on a piece of paper, if I was a white person I would have been pushed to the moon with some of the accolades I’ve got and in terms of my RAJAR figures.

For some strange reason, it’s more palatable for somebody – for white people, let’s put it out there – to present our music. You see there’s a lot more pushed into that person, whether it’s promotion, opportunities.

That is frustrating for someone like me who is doing exactly the same thing. We need diversity at the top of radio, diversity on air, and to start having these conversations more. I will add to that there has been a lot of change in terms of diversity – Lorna Clarke is head of pop and June Sarpong is head of diversity.

I’ve seen it when it wasn’t diverse at all, so there has been a lot of movement and change. Maybe these conversations wouldn’t have happened if those people weren’t in the places they are now.”