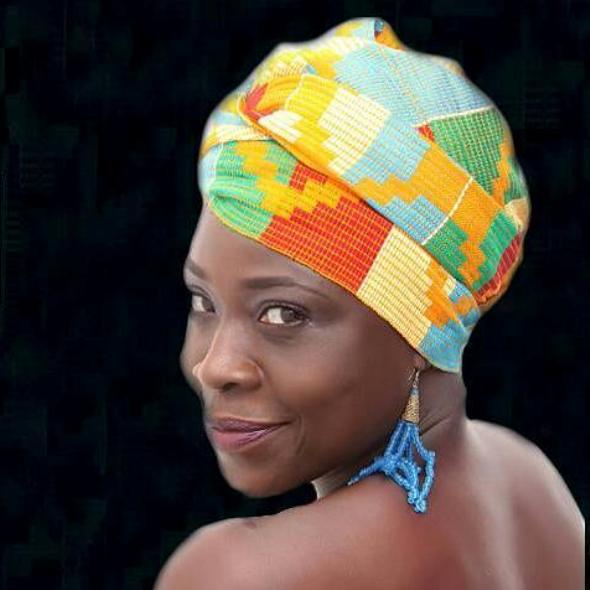 The former Studio 53 host, on Tuesday, May 8, took to Facebook to confirm her resignation stating that no work was actually going on at the GTDC.

According to former host of Amazing Ghana and GoldBlast, she took the bold decision to resign because she “wanted to work, and not travel and take per diems.”

“Has she, has she not? Yes people I have officially resigned as Deputy CEO, Ghana Tourist Development Company, effective end of this month.’

“Not going to go into it and talk the truth about people, so let’s just say I wanted to work, not travel and chop per diem. I would like to thank H.E President Akufo-Addo for the opportunity he gave me. Unfortunately, the rest of the team did not. Thus I’m better off outside of the official post.’’ 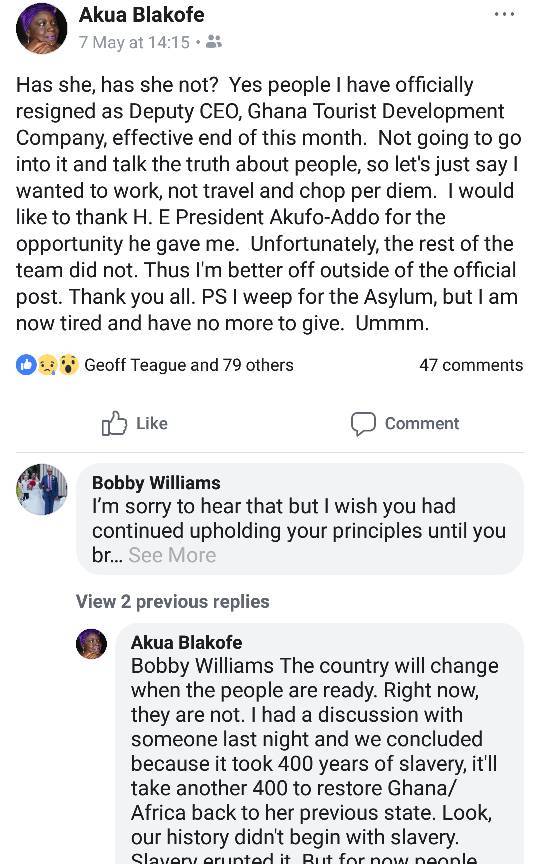