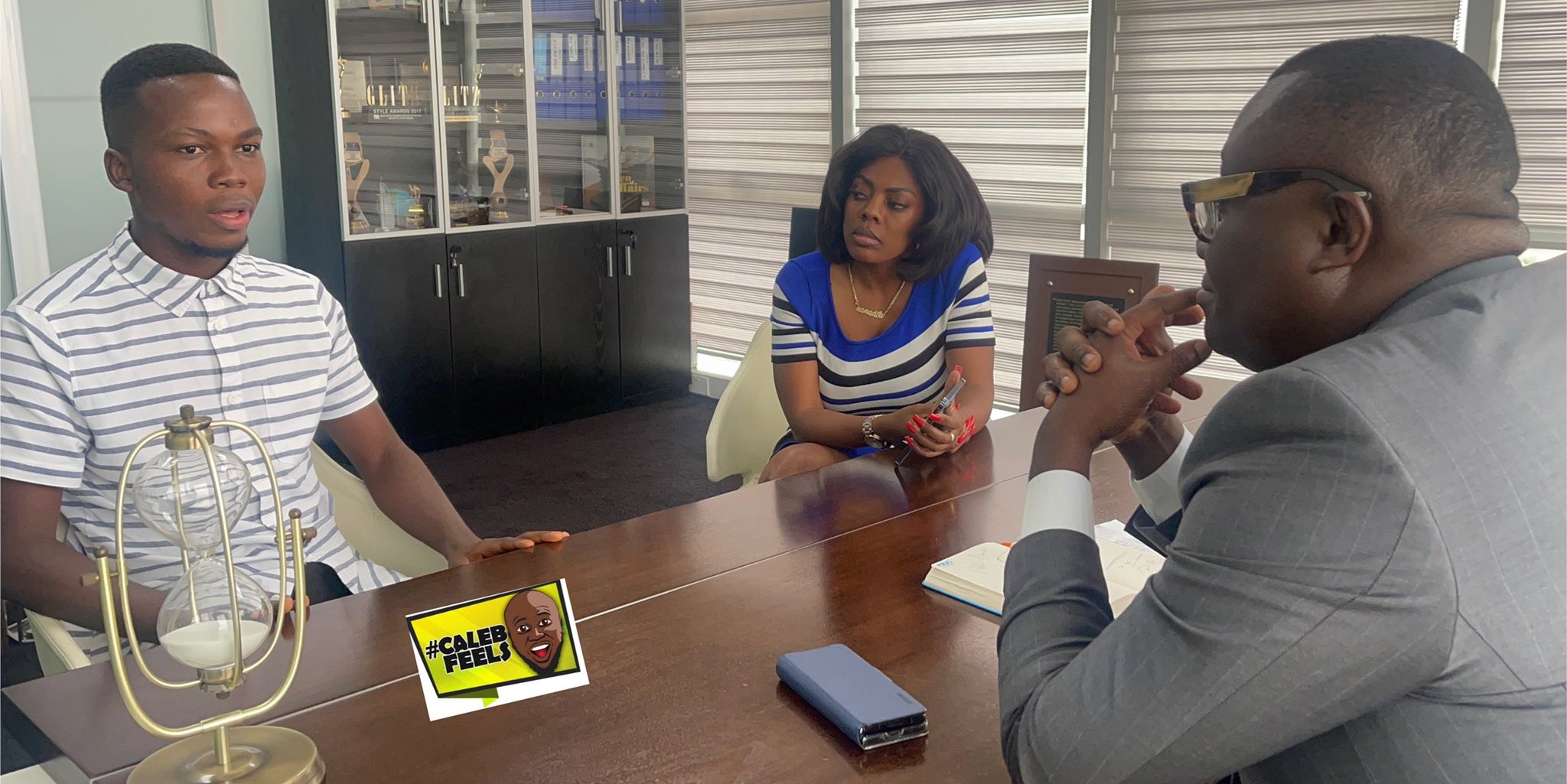 According to Ghanaian broadcaster Nana Aba Anamoah, her meeting with Blogger Bongo and Bola Ray was not about employment but talks about him headlining EIB Networks’ new campaign.

Blogger Journalist Albert who has been trending after his audition video from GhOne TV’s ‘NEXT TV STAR’ went viral has met with EIB Network management and will start working with the media organization on an anti-cyberbullying campaign.

Earlier today, photos from their meeting were shared online by an employee and producer at Starr FM, Caleb Boye with the caption: “Meeting done. @BongoIdeas1 starts work with @GHOneTV on Monday”.

However, Nana Aba in her recent update on the issue denied employing Blogger Bongo but rather chose him to be a frontier for the media organization’s new campaign.

The young journalist and former worker of GHBase was in a meeting with the CEO of the EIB Network, Nathan Kwabena Adisi, and the General Manager of  GHOne TV and Starr FM, Nana Aba Anamoah on Wednesday, November 17 after he publicly apologized to people he has bullied on social media to embark on advocacy to campaign against Cyberbullying.

The campaign is set to begin on Monday, November 22, 2021 spearheaded by the EIB Network.

However, taking to social media to give an update himself, he wrote: “I met @TheRealBolaRay and @thenanaaba today and they have given me a new chance. Starting #AntiCyberBullying campaign with @EIBNetworkGhana”

I met @TheRealBolaRay and @thenanaaba today and they have given me a new chance.