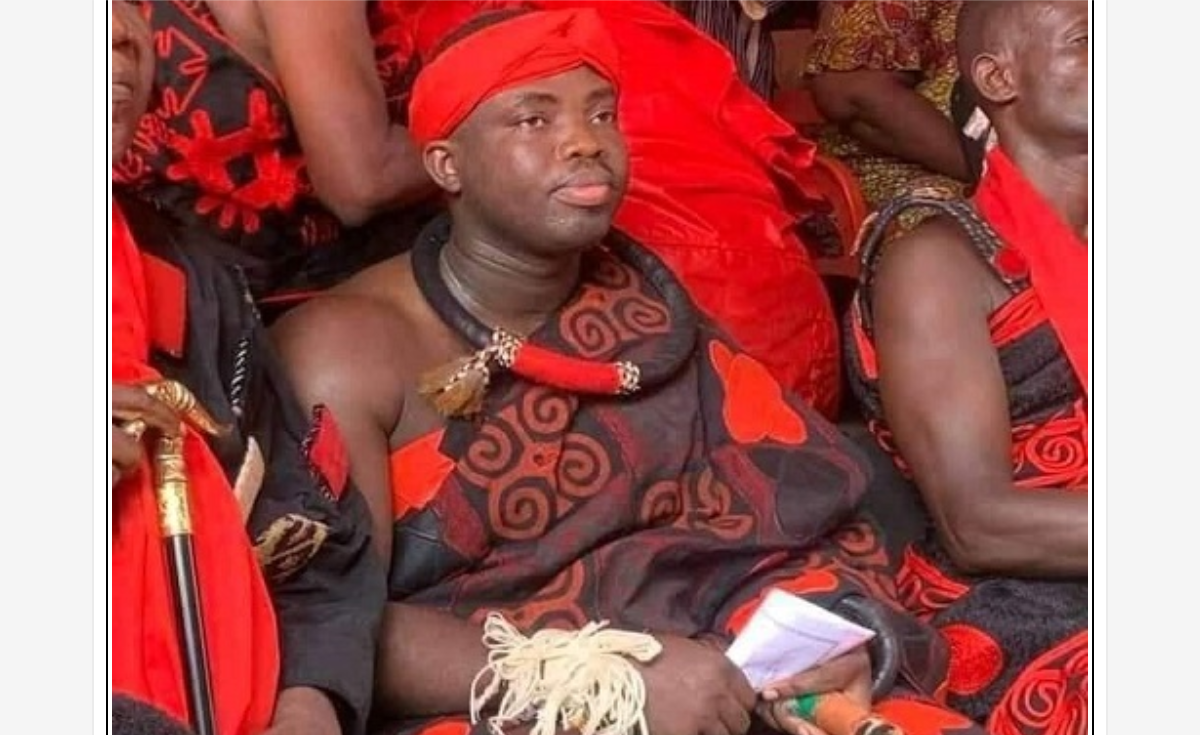 Ghanaian broadcast journalist Bernard Buachi has been installed as the new Paramount Chief of the Akpini Traditional State.

Some industry players have since thronged social media platforms to congratulate the 35-year-old who becomes Okpekpewuokpe Torgbuiga Dagadu IX.

The installation of the former Ultimate FM presenter was greeted with joy by the people of Kpando as they believed this development marks the end of the nearly 40 years of chieftaincy related disputes in the area.

They also hoped that the new traditional leader will quickly address salient issues affecting the development of the people of Kpando and the entire Akpini Traditional Area.

The colourful occasion brought tears to the eyes of many of the old chiefs who said they never believed they would live to witness the installation of a new Paramount Chief under such a peaceful and united atmosphere.

The women folks sang along the principal streets of Kpando while talking drums and gunshots marked the beginning of a new era for the people of Kpando.

Known in private life as Mr. Bernard Elikem Buachi, he is a journalist and media entrepreneur with some 13 years of journalism experience under his belt.

He has served as a news reporter, news anchor, editor and morning show host on a number of radio stations in the country including Classic FM, Asta FM and Winners FM, all in Techiman. He also worked at Focus FM and Ultimate Radio, both in Kumasi.

Aside from his radio career, Bernard has written articles on a wide array of subjects for various newspapers and online news portals including GhanaWeb, Myjoyonline, Peacefmonline, Classfmonline, Otecfmonline among others.

He once served as Municipal PR Officer for the Techiman Municipal Assembly.

He currently owns and runs two online news portals, Rawgist.com and Ghanagong.com and serves as the Ashanti Regional Chair of the Ghana Association of Writers (GAW).

He is also an active member of the Ghana Agriculture and Rural Development Journalists Association (GARDJA).

Benard is an old student of the Bishop Herman College, Kpando and an alumnus of the Kwame Nkrumah University of Science and Technology (KNUST), Kumasi.

He is married with three kids.