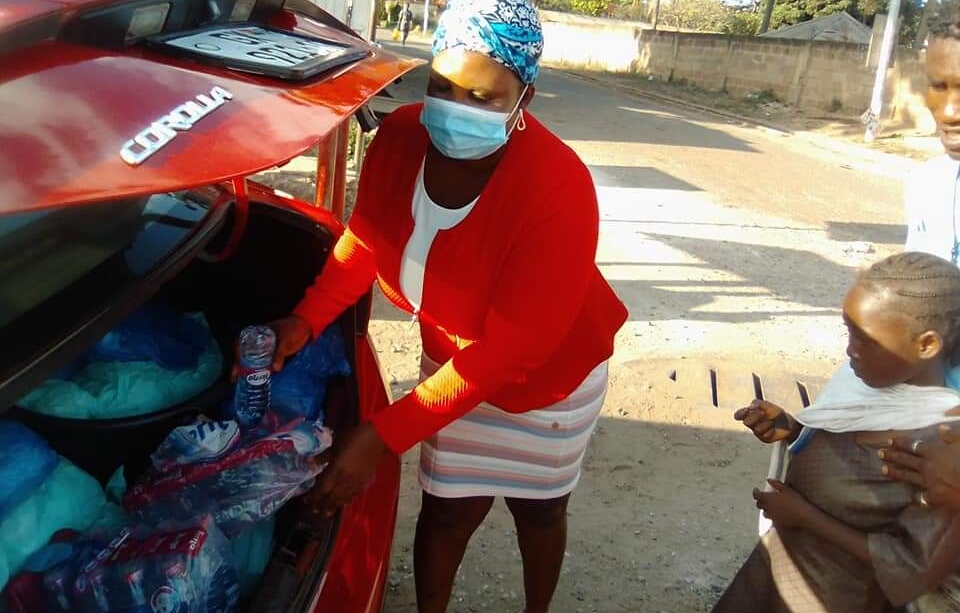 Experienced female news anchor and hostess, Yaa Titi Okrah Yangy has been spotted sharing food to people on the streets for the past weeks.

This portal sighted photos of the astute broadcast journalist on the internet distributing meals and bottled water to the less previleged and when asked about the reasons for giving back to the streets, she revealed that this has not been the first time, she does that from time to time.

She added she intends to continue this kind gesture as time goes on because she believes a hungry man is an angry man.

It can be recalled that Yaa Titi previously worked with Top FM as the the key pillar, and the hostess of their morning show and an evening news analysis programme.

Also Yaa Titi was a key presenter on the Anopa kasapa’s news paper segment and the face of 12pm news on EIB’s Accra based Kasapa FM.

She previously worked with Hot FM and Fox FM as news anchor.

Congratulations are in that order.