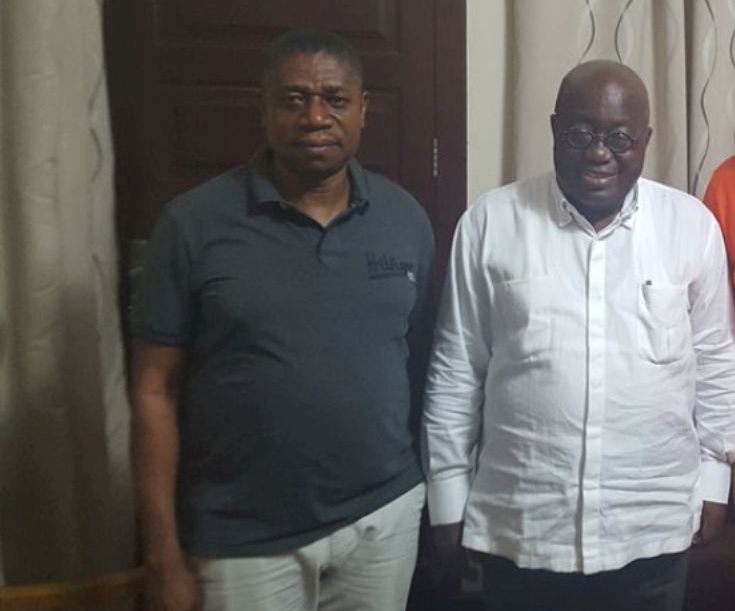 Media Accra-based Oman 107.1FM has been appointed by the President of the Republic of Ghana, Nana Addo Dankwah Akufo-Addo to serve as a board member of Ghana National Petroleum Corporation (GNPC).

Kwabena Kwakye is the main anchor of Boiling Point, popular political talk programme aired on Accra based Oman FM on Tuesdays and Thursdays.  Mr. Kwakye is also a panel member on the National Agenda, Oman FM morning show programme and occasionally holds the ‘fort’ when the regular anchor, Fiifi Boafo is not available.

The broadcaster previously worked as Parliamentary and Presidential correspondent and once worked with the likes of Professor Kofi Agyekum of Legon, Professor Kwesi Yankah, Mr Kwabena Agyapong and Hon. K.T. Hammond.

The board is to be chaired by the acting National Chairman of the New Patriotic Party (NPP), Freddie Blay. Other members of the newly constituted board are Dr K. K. Sarpong, Managing Director of GNPC, and Naa Prof J. S. Nabilla, former president of the National House of Chiefs and Wulugu Naba.

The other members are Yaw Kyei, Nana Adwoa Hackman, and Ogyeahohoᴐ Yaw Gyebi II, Paramount Chief of Sefwi Anhwiaso and President of the Western Regional House of Chiefs.

The letter dated May 3, 2017 named the full board membership as:

MEDIAFILLASGH congratulates Wofa Kwabena Kwakye on his appointment on the GNPC board.