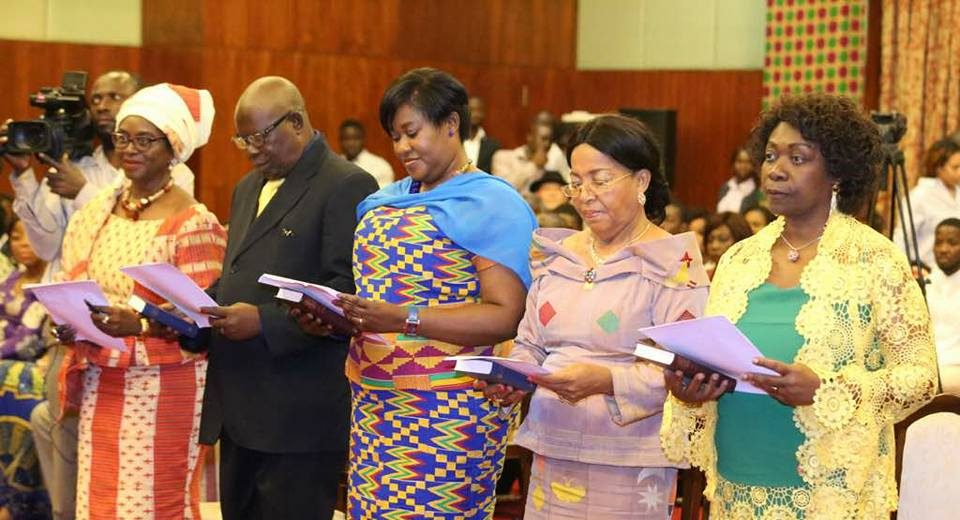 President of the Republic of Ghana, Nana Addo Dankwa Akufo-Addo on Wednesday, 2 August 2017, swore into office four Ambassadors and one High

Commissioner – renowned news anchor with Ghana Television, Mrs Francisca Ashietey-Odunton, at a ceremony at the flagstaff house, MediafillasGh.com can confirm.

Mrs. Ashitey-Odunton will be Ghana’s High Commissioner to Kenya. Prior to her appointment, the celebrated news anchor was the deputy Director-General of the Ghana Broadcasting Corporation (GBC). 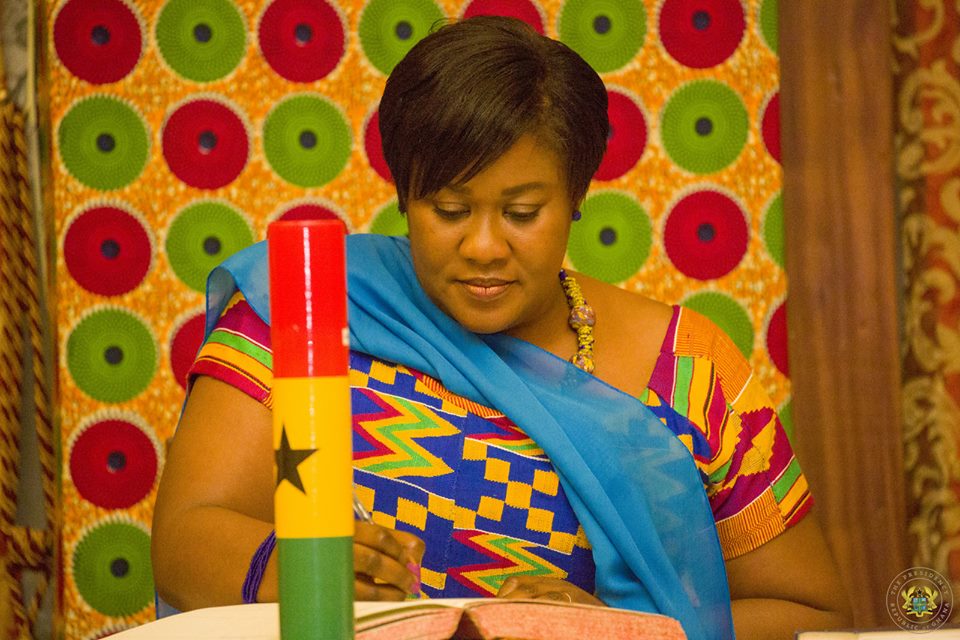 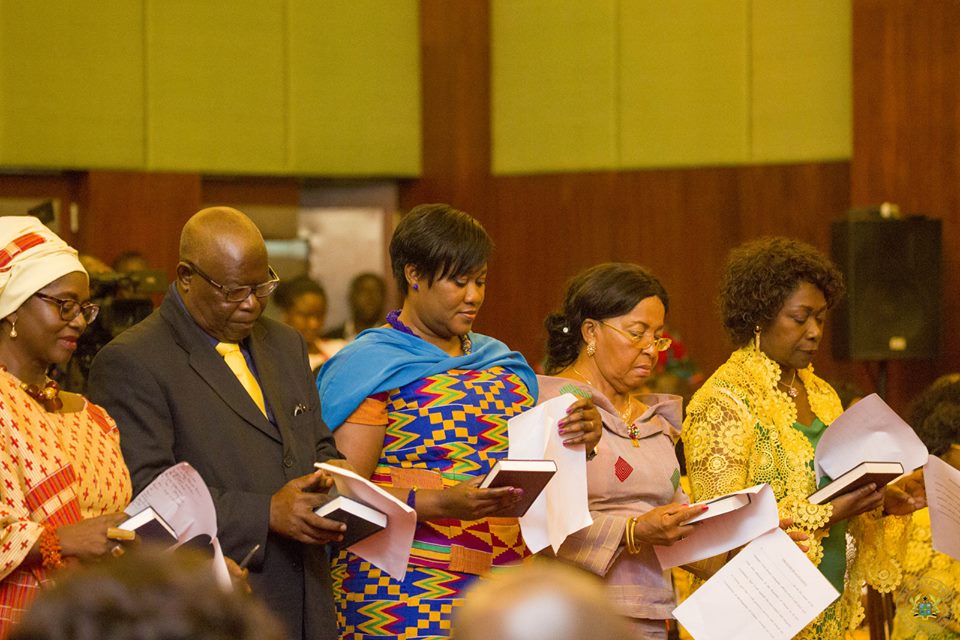 The five persons, who received their letters of credence, according to President Akufo-Addo, have distinguished themselves in their various fields of endeavour, adding that “they are eminently fit to represent Ghana in their respective places of accreditation, which have expressed satisfaction at their appointments.”

The other four ambassadors are: (1) Mrs. Dufie Agyarko Kusi, an experienced, international public servant, who is to represent Ghana in the vibrant Republic of Korea; (2) Madam Virginia Hesse, a respected, former, senior civil servant, who is going to Prague, the Paris of Central Europe, in the Czech Republic; (3) Mr. Alowe Leo Kabah, a seasoned lawyer and politician, who is heading as Ambassador to the Republic of Benin; and (4) Prof. Abena Busia, an internationally acclaimed academic and poet, who will be our Ambassador to the giant of South America, Brazil.

With the onerous responsibility of preserving and promoting the image of a country whose reputation amongst the comity of nations is high, President Akufo-Addo stressed that “you represent a country that, as a result of the commendable conduct of the Ghanaian people, is regarded as one of the most stable on the continent, which is a functioning democracy, governed by the rule of law, and respect for individual liberties, human rights and the principles of democratic accountability.”
He continued, “We are regarded as the beacon and standard bearer of democracy in Africa, and, recently, in April, according to the reputable RMB Global Markets Research, the 4th best place to invest and do business in on the African continent. You are the most visible symbol of our country out there, and in all your actions you must guard jealously our country’s image. I am confident this is a charge you will uphold.”

President Akufo-Addo also urged them Ambassadors and High Commissioner to strive to develop cordial working relations with the professional Foreign Service officers you will find at their duty posts, as well as develop a good rapport with the Ghanaian communities in their respective countries.

“Ghana is on very good and cordial terms with the countries to which you have been posted. Our bilateral relations span several decades, and our ties of co-operation remain strong. Your role is to deepen these even further, as well as to explore other areas of effective co-operation, which will inure to the mutual benefit of our respective populations,” he said.

He continued, “In doing so, you will recall at all times our objective to build a Ghana Beyond Aid, a Ghana which is self-reliant and exploiting its own resources, honestly, with hard work, enterprise and creativity, to build the free, prosperous Ghana of the dreams of the founding fathers of our nation.”