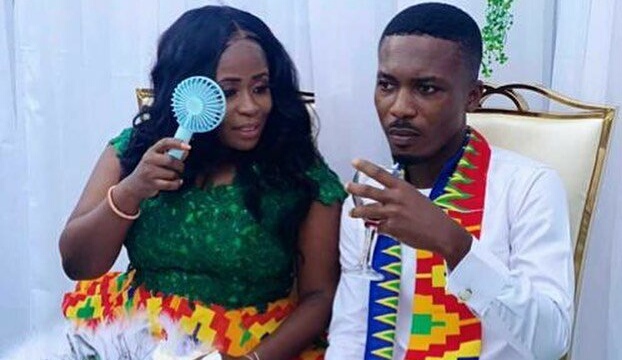 The comedian expressed his happiness and how thankful he is for God making it possible for him to finally ties the knot with his spouse.

He was seen dressed in a beautiful all white attire whiles his spouse also wore a combination of green and white.

Lawyer Nti , a very good friend of Clement and a partner in their comedy skits was also present at the ceremony and was very happy for his brother for making it this far .