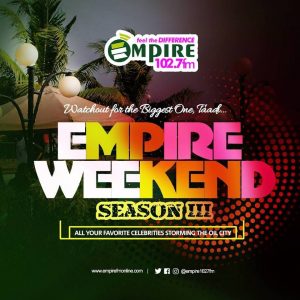 From Friday April 14th to Monday 16 April 2017, Takoradi-based Empire 102.7 FM will assemble some of Ghana’s favorite celebrities for the three-day party to be held at various parts of the city, all through the ecstatic weekend. 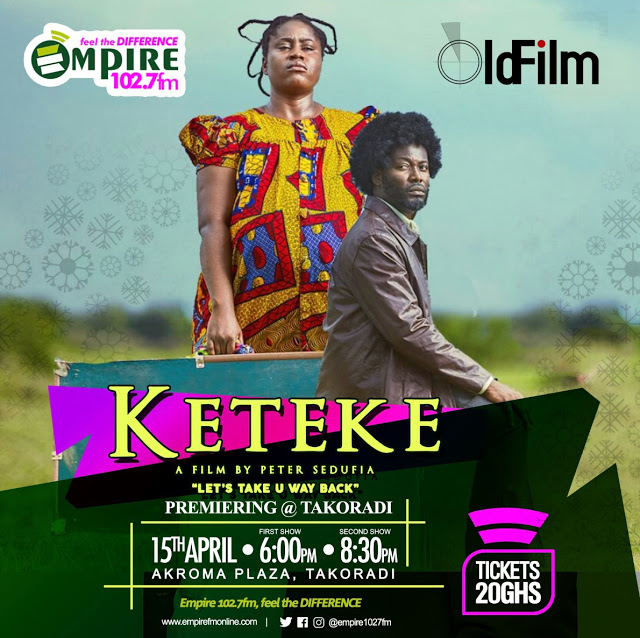 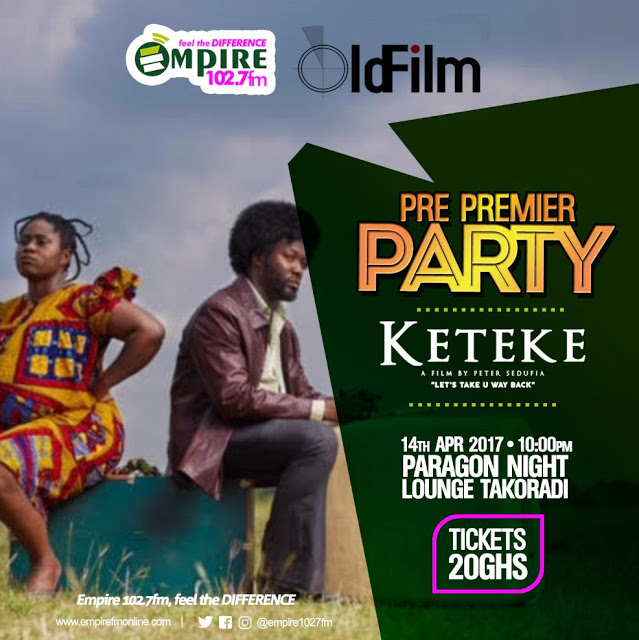 The party takes off on Friday 14 with a pre-premier party inside the plush Paragon Lounge on Good Friday with all the movie celebrities followed by the “Keteke” movie premiering on 15 April inside Akoma Plaza.

On Sunday 16 at the Junior Rate Mess inside Sekondi we bring you Omu Tuo Special which all your favorite celebrities attending.

Then on Easter Monday, the party continues with biggest beach party to ever happen in the Oilcity at the Vienna City Beach, Takoradi.

The beach party will have performances from a number of surprise artistes with DJ mixes from the city’s unstoppable TJDJ and other in house Djs.

This event is organized by Empire102.7FM , with support from GHOne TV.