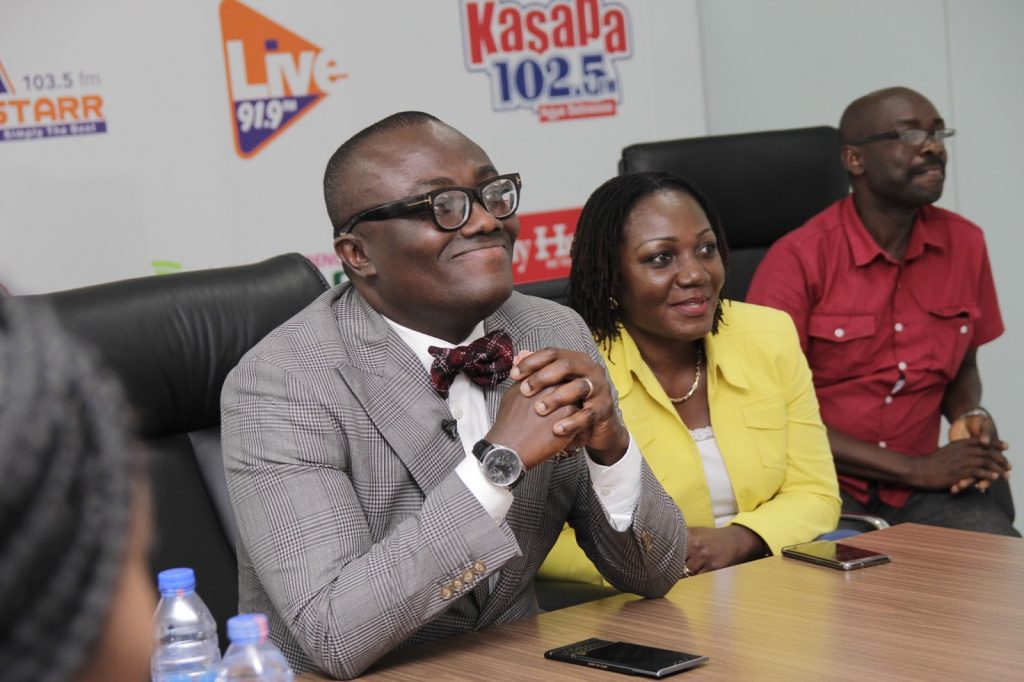 The company, founded in 2014, and currently a leading player in the media ecosystem in Ghana and Africa, has set its sights on a deliberate and conscious drive towards an agenda that makes it resolute going forward.

The company last week announced that, with the exception of GHOne TV (which operates from its head office at Platinum Place, Ridge, Accra), it has strategically moved all of its other units in Accra to the Meridian House located on the Ring Road.

The assembly of the units, executive management says, is to ensure a realization of its long-held dream of convergence, which is a key element of its initial roll out and strategic plan.

Management says it believes the businesses coming into one space would offer the various departments a perfect synergy to consolidate its gains while strengthening internal company values and ethos, central to its growth.

Part of a planned process that started in September 2017, executive management says the movement into one space would also afford it an opportunity to adequately scale down its human resource, where necessary and concentrate on meeting its stated goals with the right numbers. An internal Human Resource process to brief workers has been held while assurances have also been given.

“This is necessary as we have to stay competitive and winning. Growth, to our overall plan to become a leading business, is essential and we do believe that these steps would play a critical role in how we are able to navigate the business environment we find ourselves in,” says Chief Executive Officer, Nathan Kwabena Anokye Adisi.

He added that: “We have immense confidence in our staff and can be rest assured that they will help in realizing this convergence plan, a necessity for a progressive brand like ours.”

The media group’s management says it strongly believes that these prudent measures will play a pivotal role in sustaining the goodwill of its brand and the equity it has, and continues to enjoy in Ghana and beyond.

With headquarters in Ghana’s capital, Accra, the company was founded in August 2014, and has since become one of the leading media groups in Africa.

With an impressive asset portfolio in television, radio, print and digital, the company is strategically positioned to lead in the markets that it operates.

The media group operates Starr FM, LIVE FM, Kasapa FM, GHOne TV and Agoo TV (all in Accra); Ultimate FM and Abusua FM (in Kumasi); Empire FM and Radio 360 (in Takoradi), Agoo FM (in Nkawkaw) and the Daily Heritage Newspaper (also in Accra). The company is also getting ready to launch its digital group, EIB Digital, to amalgamate its current online offerings.