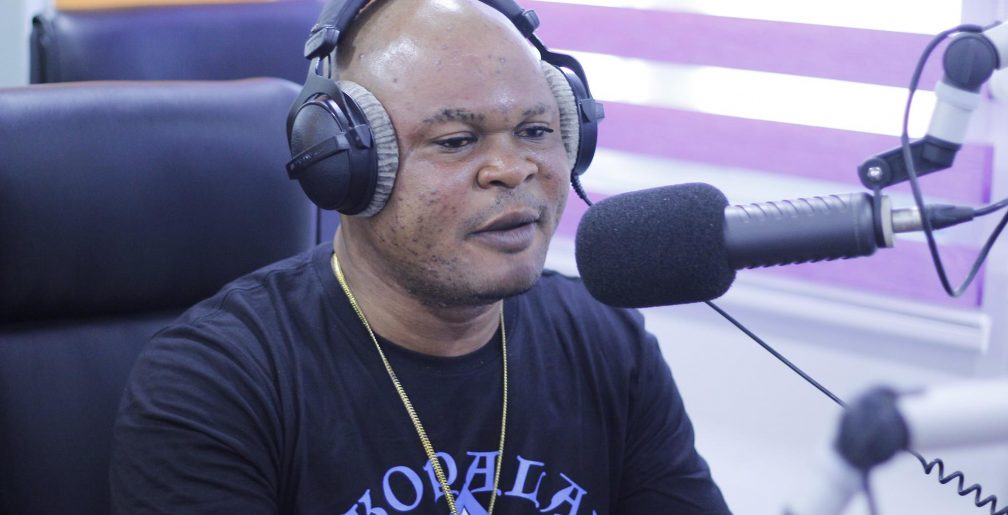 One would say the media tussle between two media groups is normal in the fraternity when it comes to interviews to be conducted for high-profiled personalities or much-sought-after personalities in our society is concern. Well, here

is another one which happened just this afternoon.

Information available to MEDIAFILLASGh.com has it that the host of popular afternoon sports show on Multimedia’s Adom TV and Asempa FM, “Fire for Fire”, Patrick Osei Agyemang popularly known as Countryman Songo billed defeated cruiserweight boxer Braimah “Bukom Banku” Komoko for an exclusive interview on the sports show but fortunately or unfortunately, the boxer was hijacked by the EIB Network.

Close sources report has it that the sports broadcaster drove to the premises of Kasapa fm at Adabraka to pick up the boxer at 12:00pm but was unsuccessful due his engagement with Kasapa FM, a subsiduary of EIB Network based in Accra.

To the dismay of many, “The Fire for Fire” host became frustrated and left in anger which led to a late start of the sports show this afternoon.

Braimah “Bukom Banku” Kamoko was defeated for the first time in his professional career by Bastie “The Beast” Samir in a non-title cruiserweight bout on Saturday night.

Samir, 31, pulled-off the stunning upset over his tough-talking foe by knocking down Banku twice in seven breathless rounds of thrilling boxing in front of an electrified audience at the Bukom Boxing Arena in Accra.