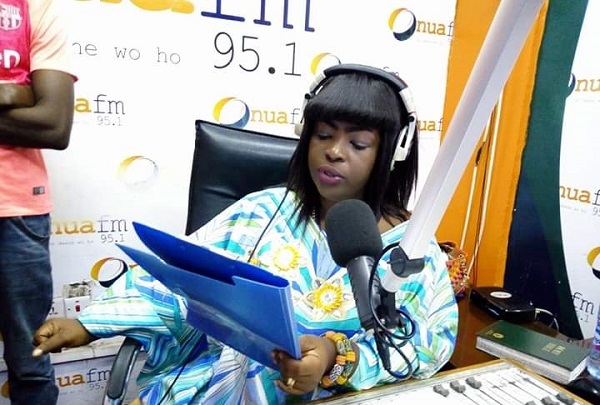 Another huge vacuum has been left as host of ‘Obaasima’ and ‘M’Asem Nie’, Lady Evangelist Owurayere Nanapanin Arhin has resigned from Onua 95.1 FM.

The highly sought-after Marriage Counselor and youth activist has been with Media General for almost five years before leaving.

Although her reason for resigning from the Accra-based Onua 95.1 FM is not readily known, Owurayere Nanapanin Arhin’s absence is been felt by many.

‘Obaasima’ which was aired Saturday mornings typically educate married women and how to run the home while solve pressing issues at hand.

Owurayere brings renowned and experienced marriage counselors on the program to professionally contribute to issues being discussed.

‘M’Asem Nie’ became one the hottest and very competitive morning shows in Accra beating many political programs for viewership.

With the two live programs, the self-acclaimed ambassador for Post Marital Counselling has positively transformed many lives.

After Onua FM, her next destination is not yet known but it is believed that many radio stations are striking some deals with her.