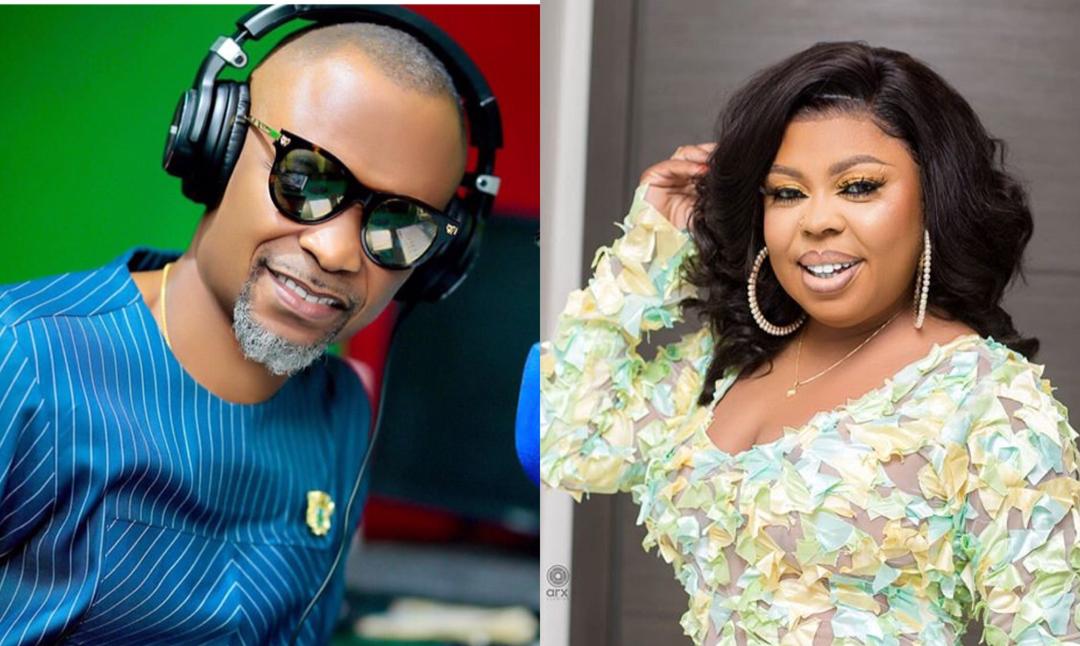 The Managing Director of Despite Media, Fadda Dickson who happens to command a lot of respect, has stopped Afia Shwarzenegger from coming out with the name of Papa No.

The term Papa No became very popular because of the feud between Tracey Boakye, Mzbel and later Gloria Kani which they all referred to Papa No in their live videos.

Few days ago, Afia Shwarzenegger came out that on Monday, which is today, she will come and mention the name of Papa No because she was just fed up with the whole issue.

However, the comedienne and social commentator has come out to say she is not going to do that again because, Fadda Dickson had called her and talked to her and out of the respect he has for him, she was not going to come out with the name of Papa No as said earlier.

My daddy just called n you know he is my weakness… For the love and respect i have for this man…[email protected] Lets seize 🔥 for now!!! Thank you daddy for your kind advice.

A post shared by 👑Queen Afia Schwarzenegger👑 (@queenafiaschwarzenegger) on Aug 16, 2020 at 5:26am PDT