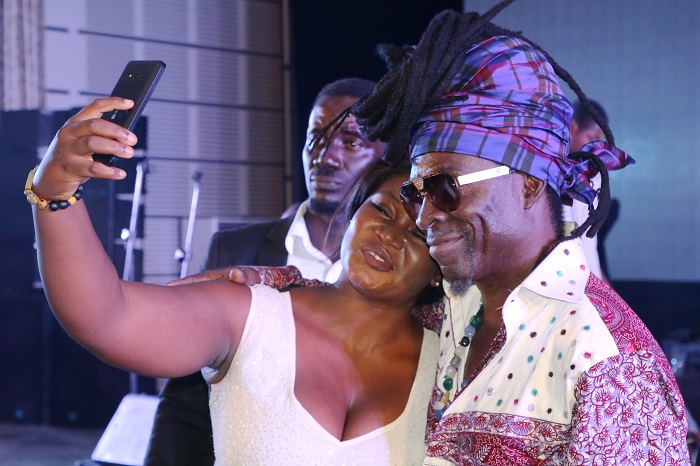 venue to dance. And sure they danced, but when it was time to go, they screamed “noooo! We want more.”

Obliging, Kojo Antwi gave it to them, song after song he had not played on the night until it was almost 3am Wednesday morning. And even at this stage when they had tired their limbs out from the bouts of dancing, there emerged a long queue of fans waiting to take selfies with the Supremo.

“Is this usual, is that how they hold you hostage each year demanding that you play on and on and on?” I asked Kojo Antwi between the selfie shoot. 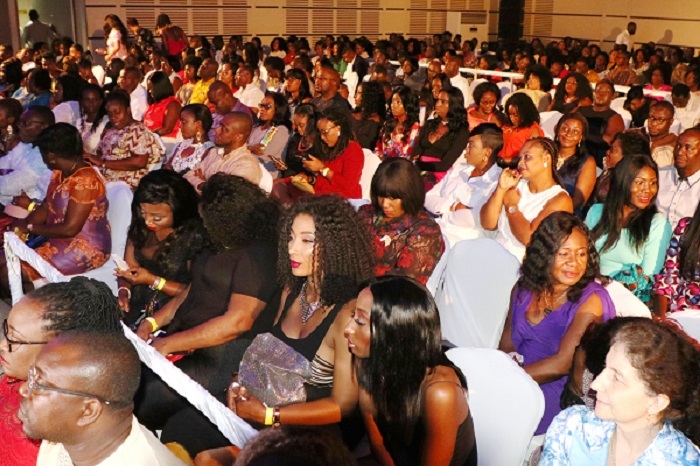 “No, each year by this time we have closed and everyone is gone. I think tonight they did not want to leave. But I’m grateful to them for their appreciation”, he responded.

That sums up how high the adrenalin shot up at the much anticipated night with Kojo Antwi dubbed “The precious gift of love concert”, and it was obvious patrons and artiste shared a mutual love.

Take off had been smooth but still uncertain what really was in store, with the night opening with a queer performance by Bongo-born Ajaab, dressed in splendid national colours and performing his own brand of music. His voice and performance brought him very close to a King Ayisoba protege. Plenty of laughter soon followed him as he completed his role.

Then rolled in Saira Bi and her twerking ladies from Cote’ D’Ivoire, followed by Kurl Songx, and oh, the young man has such a way with love songs. Sweet, soft and cozy voice plus a mature stagecraft fit for the occasion, he wove one song into another in such fashion that when it was time to step down, hushed desires wanted him to stay. The dancing just started, and when Becca came gyrating, singing and teasing, the heat was already on – many were on their feet, and even for those still pinned to their seats, they weren’t sitting still.

One could also not miss the music prowess of MC Kabutey Ocansey, aka MyMC, whose claim that he did not rehearse his singing acts require laboratory tests for confirmation. He got everyone jigging and was on point.

This indeed was a night to remember and Kojo Antwi, should he play again next year, will have “to pinch” himself to outdo what he has done for 2017.