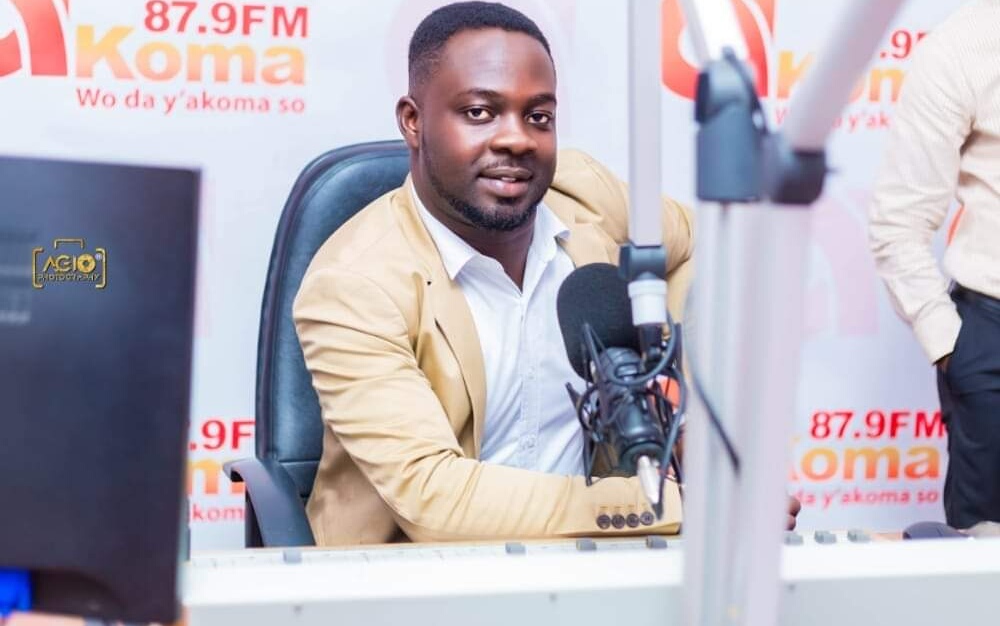 The host of Kumasi FM Sports, Little King (also known as Latest Intelligence) has left his job at the Class Media Group (CMG), www.mediafillasgh.com can confirm.

Little King (affectionately known as Latest Intelligence) – who joined the media conglomerate in August has officially left his position with immediate effect as the head and host of its sports.

It’s still unknown as to which of his team members will follow him out of the station.

However, the host of Royal Global Sports on Royal TV, Gaius Nkansah Emmanuel now takes over as the new head of sports and a host of Kumasi FM Sports.

Good Evening Family | Am really happy to announce to you guys that am joining Class Media Group KUMASI104.1FM and Adehye99.1fmkumasi as Head of Sports, Host and Marketing Event Manager.
Thanks to the Management, Staff and Sports team for their great gesture towards me today.

Contract signed with car and everything that will help me succeed.
Work starts on Monday 7am – 9am & 7pm – 10pm ! Let’s go 🙌

Congratulations on the new adventure at Class Media Group.

All the Best, Gauis!