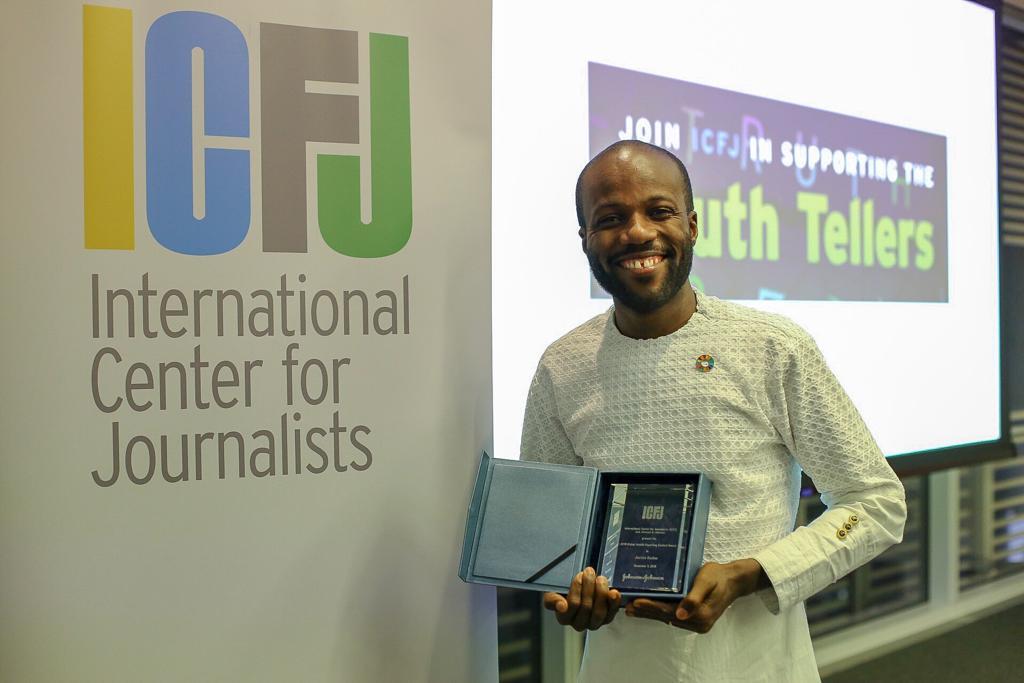 joyNews’ Justice Baidoo last night won the Global Health Reporting Contest Award for 2018 in New York, USA. This is the second time a JoyNews Journalist is picking up the prestigious award in two years after Seth Kwame Boateng emerged a 2017 winner.

The awards ceremony, which took place at the Headquarters of the New York Times in Manhattan, received entries from more than 150 journalists around the world.

Justice’s documentary on obstetric fistula- a birth related injury that leaves women unable to control their urine and feces and another chilling report on child malnutrition in Ghana earned him the top prize.

Three other journalists; Joana Suarez from Brazil, Cai Yiwen from China and Disha Shetty also won honours for groundbreaking journalism in the area of health.

Presenting the award, Joyce Barnathan, President of the International Center for Journalists, organisers of the awards, said the stories around health like the one produced by Justice are some of the most critical human interest stories that the world needs to know about.

The ICFJ has been running the Global Health Reporting Contest for the last five years with funding from pharmaceutical giants Johnson and Johnson.
Justice won at the 2018 African Journalists Family Planning Reporting Awards in Kigali, Rwanda three weeks ago with a TV story on the myths surrounding the use of contraceptives in parts of Ghana was adjudged the best story of all TV stories received from across Africa.

On his new award, he said “I hope this story and this award move Ghana to begin a conversation on we have majority of our country’s people in farming and other agribusinesses yet still have to grapple with malnutrition especially in infants”.

As part of his prize, Justice has been touring major newsrooms in the United States like the Washington Post, the New York Times while visiting health experts at the Center for Disease Control and Prevention (CDC) and Columbia University to meet health experts and journalists.

Justice, a Cardiff University trained multimedia storyteller is the winner of several awards including the Thomson Reuters Food Sustainability Media Award. He is part of the producers of JoyNews’ award-winning documentary series Hotline. Watch and Follow his work by subscribing to his Youtube channel link.