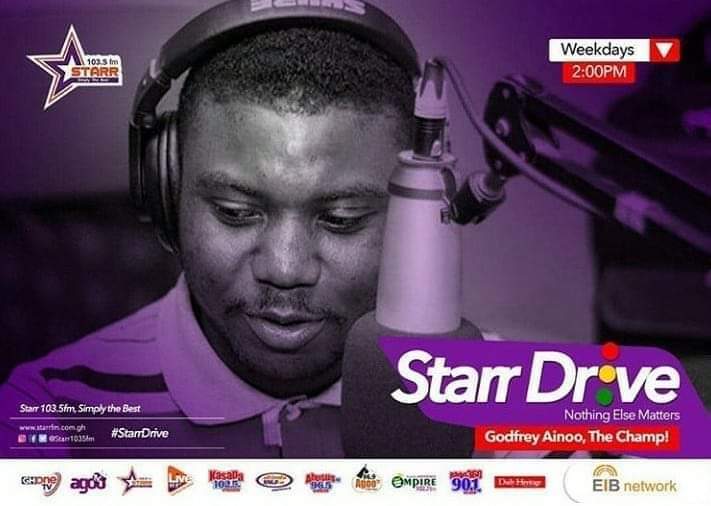 The EIB Network has, following the exit of KOD from Starr FM, announced Godfrey Ainoo as new host of the Starr Drive.

Ainoo, formerly of Takoradi-based Radio Maxx takes up the reins with a lot of expectation, considering the shoes he’s filling. Management, however, considers him a perfect fit for the flagship role.

Relatively unknown in Accra, the broadcaster enjoys significant praise from industry players about his craft and ethic–something that has secured him a devoted listenership over his career, particularly in the Western Region.

Also known as “The Champ,” Ainoo’s love for music and radio developed by way of his father, Philip Kofi Ainoo of blessed memory (popularly known in Sekondi as Clusters, and among pioneering DJs in the Western and Central Regions.

Ainoo’s radio career commenced in Takoradi at Help FM and Goodnews FM in 2011. He has also worked with ATL FM in Cape Coast.

Alumnus of the Ghana Institute of Journalism, Ainoo, is also CEO of Creative Voices, an advertising company.