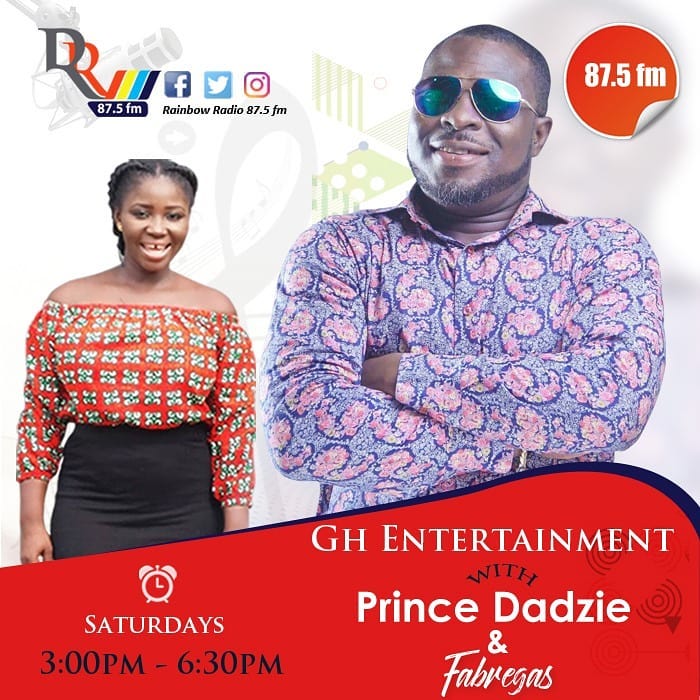 Radio Presenter,  Prince Kwesi Dadzie known in the media industry as Mr. Handsome, has taken over as the co-host

He joined the new radio station from Accra-based Top FM where he hosted the late afternoon drive time show and other interesting on-air activities that have endeared him tonnes of listeners in the Greater Accra region and its surrounding regions having previously worked with top notched radio stations.

Mr. Handsome as he affectionately called, started his full time radio career with Ashh FM in 2000 and later moved to Classic FM in Techiman to host the after drive show.In 2002, he went back to Ashh FM as after drive presenter (and sometimes the drive time show host) and hosting the weekend showbiz programme and later joined Sekyere FM till 2005.

He takes over from Agyemang Prempeh who recently left for Power FM and he is expected to start his maiden show this Saturday, Frebruary 3, 2018. The award-winning programme, GH Entertainment,  that is making waves in Accra already runs from 3PM-6.30PM.

The show will co-hosted with his female compariot, Afia Boadiwaa Fabregas, aka Mz Fabregas who goes into such hosting duties with some experience as a commentator, having previously worked at Channel R, Adom FM and presently at Rainbow Radio.