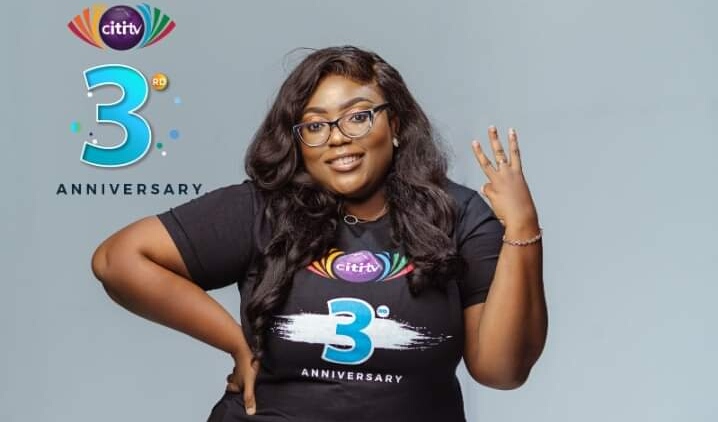 The station started its operations on June 4, 2018, and has for the past three years given its viewers locally-produced yet world-class content.

The television station has a number of programmes with ‘The Point of View, Citi Newsroom (CNR),  2020 News,  The Breakfast Daily, Upside-down, and a number of exciting sports programmes and talk shows as some of its flagship shows.

Marking the feat attained, the Chief Executive of Citi TV and Citi FM, Samuel Attah-Mensah in an interview on the television station highlighted the motivation behind the establishment of the business entity.

We noticed that the industry was changing and was changing very rapidly; not because traditional TV had become the reference point, but it was more about what is termed as the platform revolution.

So now you have different platforms, disrupting our lives and the way we consume media. Therefore, we realized that a strong brand will help us penetrate the market. Within our system, we didn’t think we were known in that department, so we were compelled to go into television.

So we thought that with that television, we could penetrate different platforms because that is the future.”

Samuel Attah-Mensah further explained the significance of the anniversary, highlighting that the journey does not only involve the on-air personalities, but everyone who in one way or the other has contributed to the growth of the business entity.

Furthermore, it is a milestone we want to recognize and to thank God for what he has done for us as a station.

Without all the resources that one could not master, we have been able to go through year one, two and now we have seen year three come to pass.

We all know how the year 2020 went for media houses – it has not been the best. But as Christians, we believe that all things work together for good for them that believe.

Your favourite television station, Citi TV, strives to be around for another 3 years, 30 more years, 300 years, and beyond. Thank you for sticking and staying with us. Citi TV, It’s Your World.

See some pictures from the celebrations here: