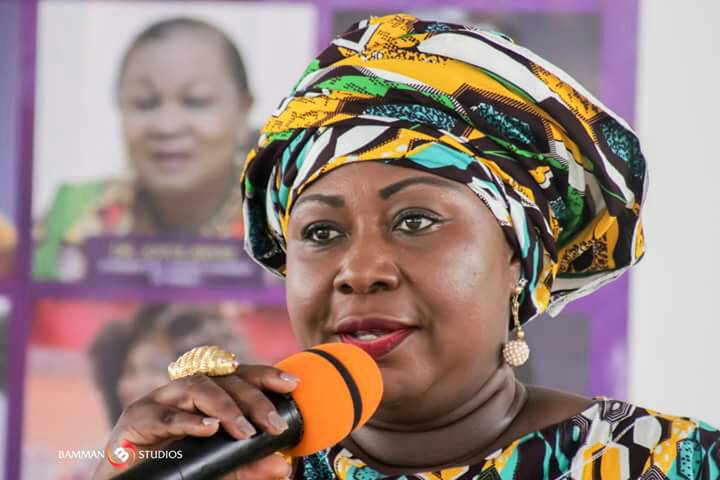 Medical reasons should be the only basis for a woman to undergo cosmetic surgery, celebrated broadcaster Gifty Anti has said.www.classfmonline.com stated!

She has, however, kicked against plastic surgery for bosom and bottom aesthetics.

According to her, women “have a right to do whatever they want to do but I will feel sad if a woman will go for plastic surgery because she feels that she does not belong and that she does not fit the status quo that society has designed for women.”

“I will never encourage any of my friends or my girls or my daughters as I call them, to go for plastic surgery just for fun or for fashion or whatever but if it is for medical reasons of course, why not!”, she told Prince Benjamin on the maiden edition of the Inspire Series, a segment on Class91.3FM’s Class Drive which airs every first and third Thursday of the month from 6.15pm to 7pm.

In her advice to the public, she encouraged the youth not to despise humble beginnings but embrace every little form of enterprise that will help them to develop their skills and sharpen their entrepreneurial abilities.

Using herself as an example, Oheneyere Gifty Anti, who is married to Nana Ansah Kwao IV, Chief of Edumasa in the Eastern Region, said she sold different items on the streets as a young girl.

According to the host of Standpoint, her father used to prevent them sometimes, but she defied his orders and still went to hawk in order to raise some money.

She said things became “tough” after her father, a Police Superintendent during the Gold Coast era, went on retirement but “there was never a lack of love in the home”.

She said her father single-handedly raised her together with her siblings and showed them a lot of care and communicated effectively with them.

She attended the Tema Community 8 “Number 1” Basic School from where she gained admission to Mfantsiman Girls’ High School in Saltpond in the Central Region, after sitting for the Common Entrance Exams when she was in Form Two.

“From form one to form three, I didn’t own a watch but I understood why I didn’t own a watch because my father didn’t have enough money to give me the luxury of giving me a watch. He will pay my school fees but the provisions [was not in abundance] so, I never missed the dining hall,” she recollected.

At a point she indicated that she even had to turn to carpentry. She encouraged the public to never be a burden on another person, adding: “You can achieve something for yourself. Nothing is too low, work is work”.

She is advocating equal support systems for both men and women to thrive in society adding her father is the first feminist she encountered as he ensured that all his eight children received education and equal opportunities regardless of gender.

The award-winning TV personality landed her first job as a Floor Manager at GTV. She is currently a TV presenter, coach, gender advocate and feminist. She has one child with her husband, also a broadcaster.

The Standpoint will be 10 years in July, 2018 and she disclosed that various activities have been lined up including a fund-raising event for her foundation to support the less-privileged in society.

She has touched the lives of many people, especially young girls and women and wants to do more for the underprivileged.