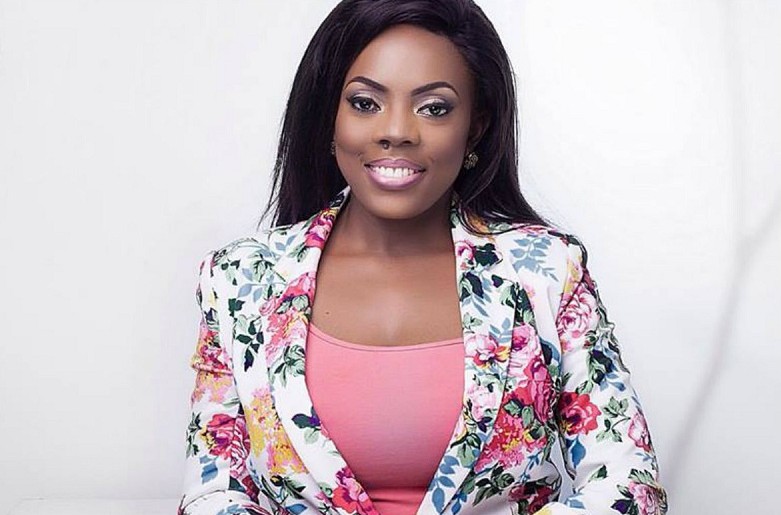 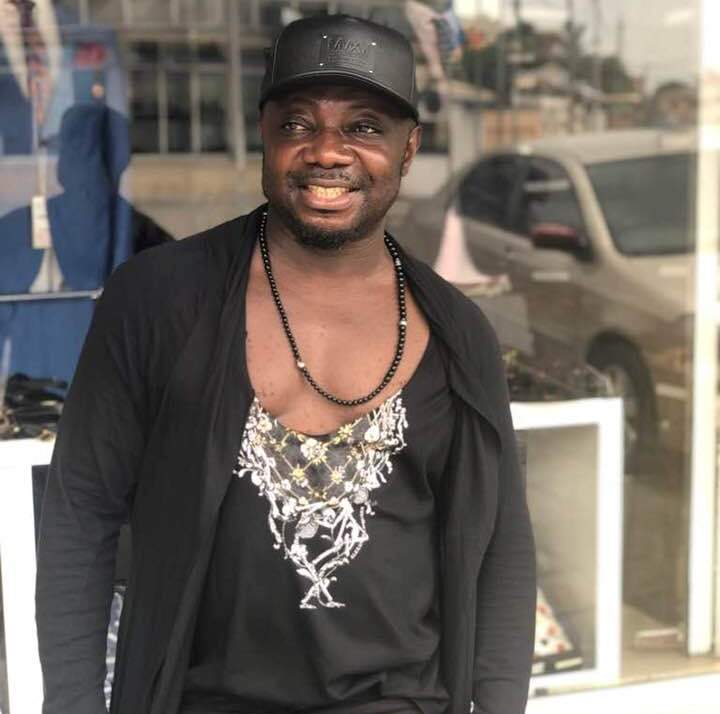 The baby daddy saga of our time has taken a new twist as the father of Nana Aba Anamoah’s baby, Richard Brown aka Osebo, also comes out to tell his side of the story to counter the perceptions being created in the minds of Ghanaians.

GhanaCelebrities.Com set off this entire chain of events when we spotted Brown on Facebook expressing his love for his son publicly in response to a story implying that he has neglected the son for the past 16 years and we reported on it, bringing his identity into the public domain.

Brown expressing his love for his son on social media got many Ghanaians pissed off at how he can ‘abandon’ a kid that way for two decades but then come to claim on social media that he loves him and this caused many to descend on him with some serious ‘disses’.

However, a source close to Osebo has opened up to GC about how things turned out the way they are now and said that Brown is not to blame for what happened.

The source told us that Ghanaians need to hear both sides of the story and not just decide based on what Nana Aba has put out into the public domain.

So according to what we learned, Richard Brown did not decide to just quit and leave his son without taking care of him but that was Nana Aba Anamoah’s decision pure and simple to cut the father off even though the son loves him very much.

According to our source, a long time ago when Paa Kow was still a child, everything was going on smoothly as the father was taking care of the kid, paying his school fees at the Silicon Valley school, taking care of him and paying occasional visits.

Things fell apart when Nana Aba Anamoah travelled to the U.K sometime and called Osebo for some money, however at that time the child’s school fees was also due and he was about to pay it. 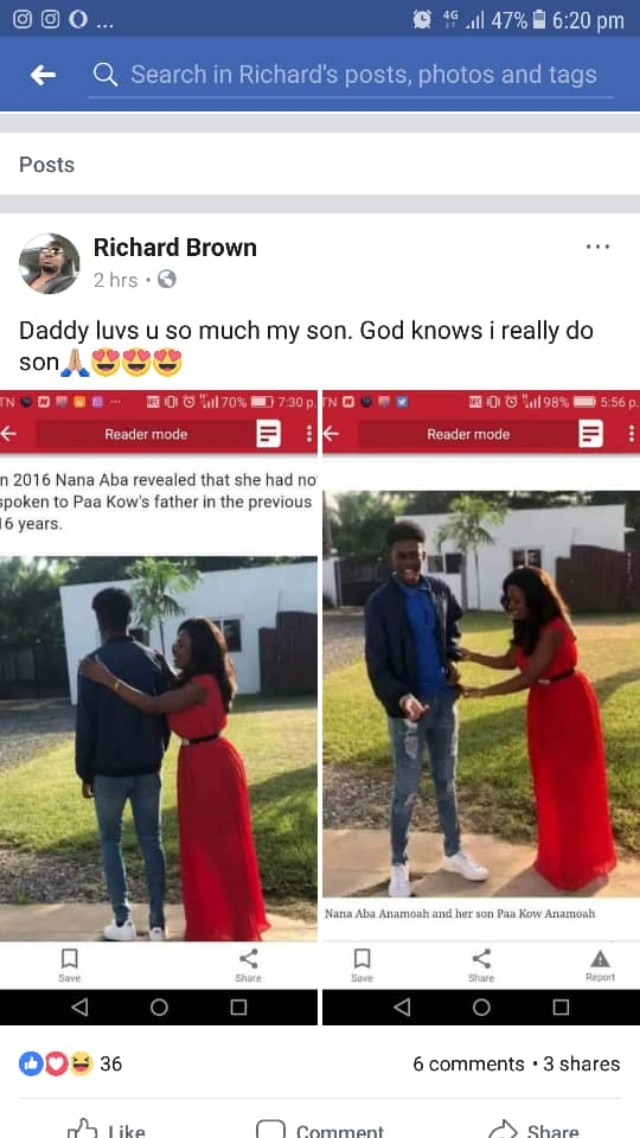 Osebo told Nana Aba this and said that after paying the child’s fees, he would find some additional money and send to her later but that reportedly pissed off the tv host.

That was the moment she unloaded on Osebo that she does not even need anything from him and he can go to hell and should never contact either her or their son again.

Our source tells us that was the initial break between him and the son but he still made several efforts to make things right and continue to be able to take care of the son but Nana Aba rebuffed them all. 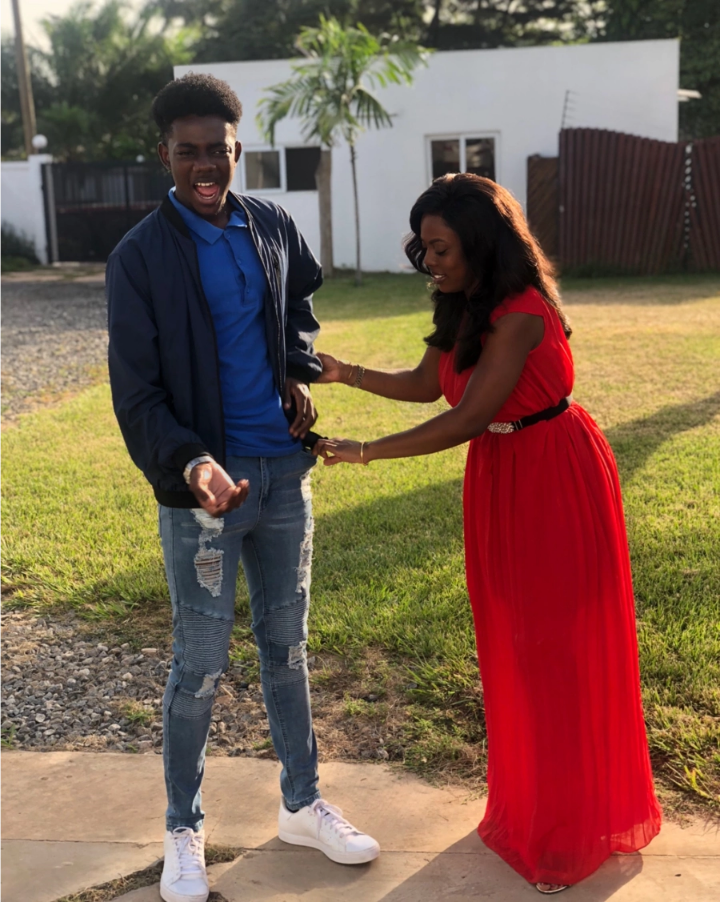 He reportedly sent gifts through two intermediaries to be given to his son, one whom Nana Aba knew who used to work at Metro TV and another friend, to be given to the child, but Anamoah reportedly got pissed off anytime she became aware of these.

Another attempt to solve the issues was when Osebo and our source and others visited Nana Aba’s home for a meeting with her parents but in full view of her parents, Nana Aba sacked them all including and she said she wasn’t interested in solving issues with him.

The father, we also learned, on a few occasions managed to find ways to communicate with the son but every time she found out she blocked his number and we’re told this was corroborated by Nana Aba herself who confessed to that when she appeared on the Delay Show.

After numerous attempts where all were cut off by the mother, Osebo felt he had no choice but to step back and that led to him missing out on his son’s life but he never stopped loving him, the source said.

We were told the father appreciates everything Nana Aba has done taking care of Paa Kow all these years since it must not have been easy but he’s only interested in correcting the perception that he abandoned his own child.