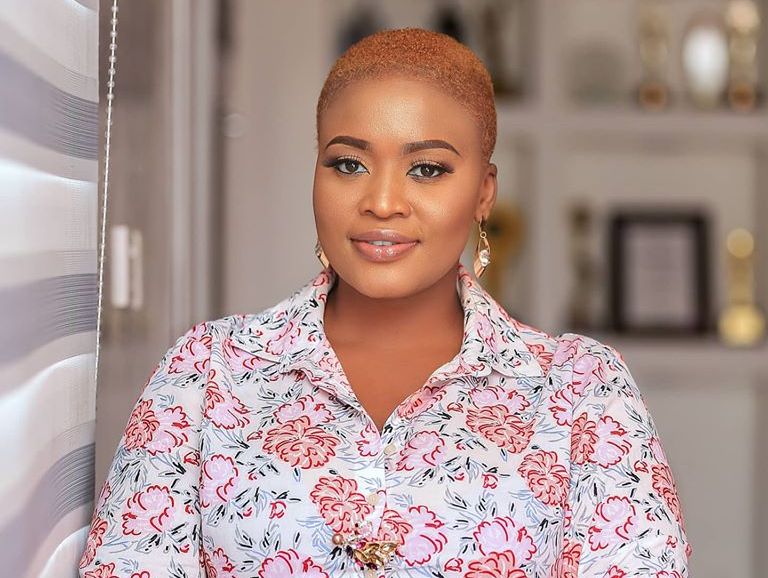 Although married and not getting any younger, she said she’s not ready to bear a child and that the idea of carrying a baby for 9 solid months is something she cannot come to terms with.

According to her, the only reason for this decision is because of the kind of work she does, she’s too busy to bear a child and that she wouldn’t want to bear a child whom she cannot have enough time for.

“I think I am afraid, the 9 month period and the kind of job I do and having to.. you know I keep telling people that I don’t want to give birth to children and leave my kids at night and say I am going to chase after an artiste for interview. I don’t want to live my life that way so I say to myself that do it now and get to the point where you don’t have to chase an artiste or chasing Stars for interview and at night, you’ll have to be at a show. Because I feel like my child should have all the attention.”, Mzgee said.

“I can’t be pregnant also and be jumping here and there with my pregnancy. yes I will work but I feel like get to a point where you don’t have to go through all that stress and then you can a child”

She was then quizzed on if this is something she has agreed on with her husband? In response, Mzgee said again:

“We haven’t start to plan o. But I keep saying it so I think he’s beginning to buy into the idea. You know no matter how old people may think we are. I keep saying we’re a young couple and I don’t want the stress. If the child comes along the way, why not? we’re married. But I won’t rush”.

Speaking on whether she gets pressure from family, she said:

“My father has never asked me for a day neither has my step-mum ask me for a day that when are you gonna have kids. So if any body else who says it, it’s their wahala me I don’t even feel bothered”.

“I wish I can just wake up one day and get pregnant and the next day, i give birth. I wish it can work like that cos I can’t eiii the 9-months thing scares me”, she concluded.

MzGee is married to Raymond Acquah of Joy FM. The two got married in a very colourful yet private traditional ceremony on Friday 6th October 2017.