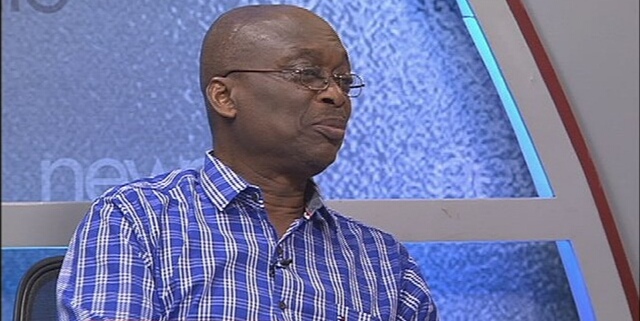 Kweku Baako, the Managing Editor for the Crusading Guide newspaper has revealed that he is pulling some strings behind the scenes for the return of Radio Gold and Radio XYZ on air.

Baako intimated on Peace FM he used to be ardent listener of the two stations and is using his influence to get them into operation.

He disclosed that the two pro-NDC radio firms should be operating and that he is lobbying the National Communications Authority (NCA) to reinstate them.

“Radio Gold is one of my favourite radio stations and I’m quietly lobbying for their return. I think that XYZ and Radio Gold should be operating by now. That’s my candid opinion on the matter and I’m helping to ensure that they will be restored.

“This is not a matter government, it’s a matter of NCA and that’s where my efforts are directed at,” Baako said on Peace FM.

The NCA closed down the two radio stations in 2019 for failing to comply with the ruling of the Electronic Communications Tribunal (ECT).

The NCA in a statement said;“Following the FM Spectrum Audit in 2017, some stations were found to be in default and were fined by the Authority.” However, some of the stations in default were not satisfied and proceeded to the various courts; Electronic Communications Tribunal (ECT) and the High Court to appeal against the NCA’s decision. This resulted in a decision by the ECT in 2018 which reviewed the status of expired FM Radio Broadcasting Authorisations and which ruled among others that Companies whose authorisations had expired reverted to the same position as a fresh applicant. While some stations shut down following this decision, others did not.”

Former President John Dramani Mahama, however, described the shutdown of the two stations as a manifestation of Nana Addo Dankwa Akufo-Addo intolerance for opposing views.

“I think it’s a pity that these two stations have been taken off [the air]”, Mr Mahama said in a Facebook Live interaction on Thursday, 22 August 2019, adding: “The authorities are hiding behind regulation and the law, but at the end, it is about free speech and it is about press freedom.”