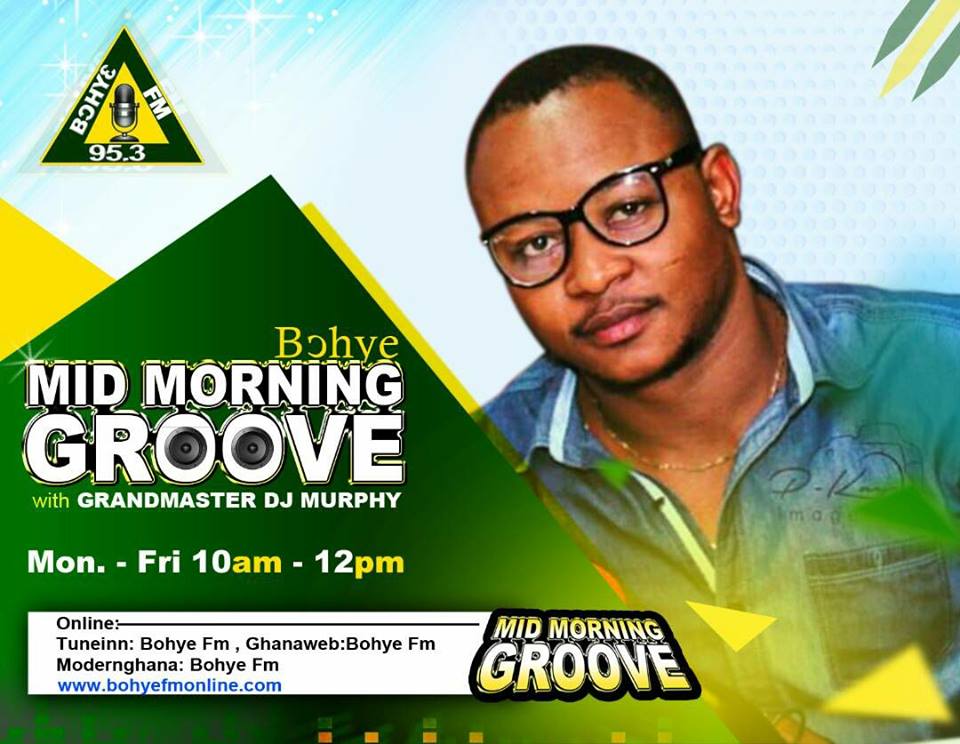 The tables are turning; the personalities are now moving the other way, Award-winning radio personality,

Grandmaster DJ Murphy (known in real life as Nana Kwasi Boateng Murphy) is the new big name to move on!

This portal, www.mediafillasgh.com can state with any doubt that former storm FM entertainment show host has found his way to the Kwadaso-based Bohye 95.3FM.

After successful spell with Metro FM, he rejoined Storm FM as the mid-morning and entertainment show host as well as the Traffic Manger and Head of IT at the Tony Bennett-owned radio station.

However, the award-winning radio presenter went on a radio break to further his education outside the shores of the country, precisely at the Shaw Academy University in South Africa – where he obtained Advanced Diploma in Journalism and Diploma in Digital Marketing and upon his return from schooling, he declined to rejoin to Storm FM.

www.mediafillasgh.com can however report that, Grandmaster DJ Murphy is making a switch to the Kumasi based station as the new host of  the mid-morning show, ‘Bohye Mid-morning Groove’ – where he is expected to hold the city down between the hours of 10am and 12 noon with great music as well the latest entertainment stories in Ghana and around the globe.

Although one would say “Grandmaster” is in an entirely new radio environment but I can confidently tell you that is not the reality. The radio presenter however enters the Oseikrom’s radio market shoulder high since he is the currently the 2016/2017 best mid-morning show host and a 2-time best entertainment show host in the Brong Ahafo Region with which he was crowned at the 2016/2017 edition of the Foklex Media Awards which took place at the Golden Tulip Kumasi City Hotel on April 2, 2017.

www.mediafillasgh.com wishes DJ Murphy Lee all the best of Luck in Oseikrom.