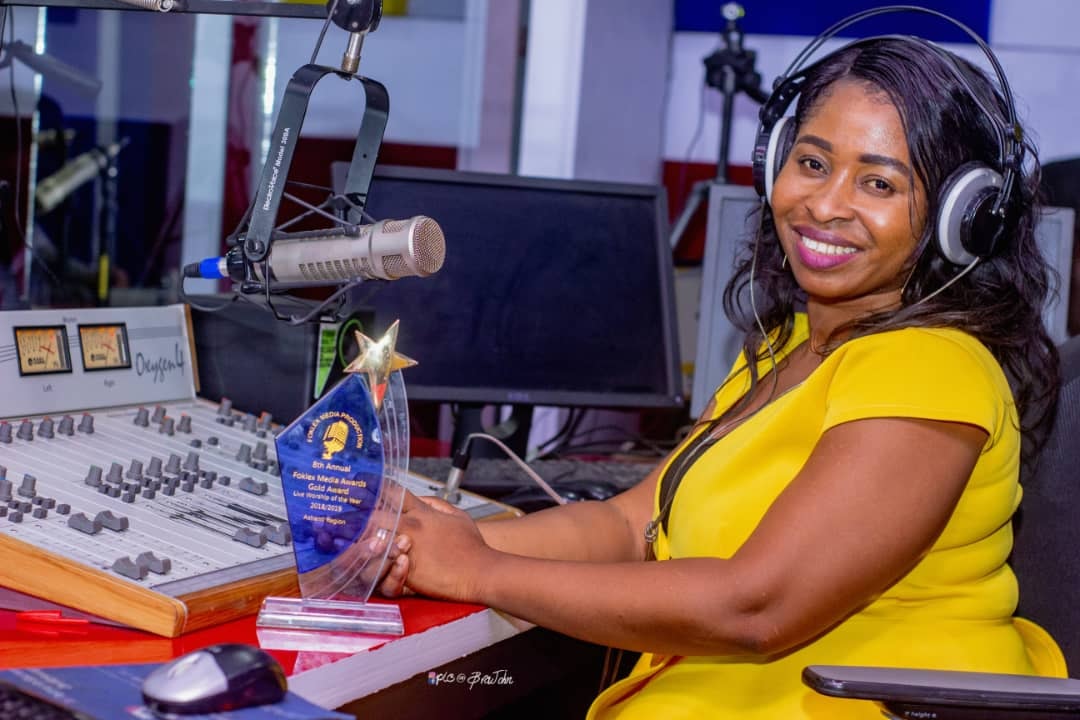 She is a lady of purest substance and her supreme ability to move listeners remains a specialty.

In  times, when  Angel FM in Accra, is gathering galaxy of radio stars, to challenge the airwaves in the nation’s Capital. A formidable pillar of Angel FM (Kumasi) has decided to positively augment a competitor in Accra.

This portal can confirm that the Multiple Award-winning host, Aboagyewaa Ameyaw commonly known as Ohemaa Kente has left Kumasi–based Angel FM for Accra 100.5 FM and No.1 105.3 FM, subsidiaries of Class Media Group in the Nation’s capital (Accra).

We’re reliably informed that Ohemaa Kente will soon take up a new role at No.1 FM, a Christian radio station also owned by the businessman Seidu Adongo.

Although it is unknown reasons for the decision to part ways with the outfit after two years, the award-winning broadcaster who held the station down with its afternoon’s Live worship radio show Pure Live Worship. Aside her regular shows, she read weekend News at 6pm.

Her glance of relevance at Angel Broadcasting Network (ABN) and other numerous stations, which she had already worked with, was highly significant making Ohemaa Kente an irresistible Radio Personality anytime.

Traces from the aforementioned indicate that there is no scintilla of doubt, her voice would be missed dearly in Kumasi. As the masses’ support for Ohemaa Kente’s Live worship show, was extremely overwhelming and recommending for other good ears.

The Radio Personality previously worked with a couple of stations in the then Brong-Ahafo Region before moving to Kumasi. A redial of her former Stations:

This authoritative portal wishes Ohemaa Kente excellence at her new station in Accra.