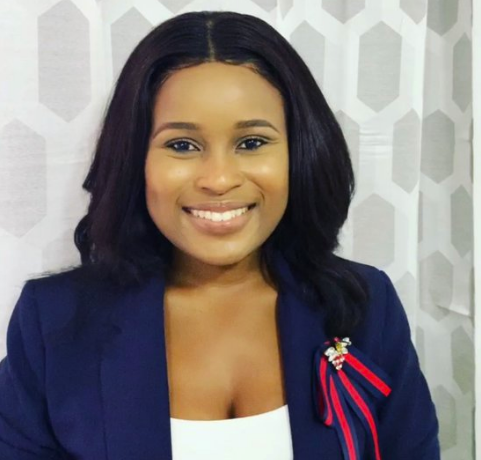 After an initial hitch, media personality, Berla Mundi, is finally leaving the EIB Network, where she has worked for the last five years, to pitch camp at Media General’s Adesa We and she told Showbiz last weekend that she was relishing the experience.

“Media General is a strong brand I am thankful for the opportunity to join them and tap into that strength. I look forward to this new family and the opportunities available to further grow. It’s an honour and I promise to give my best,” she said.

“ My decision was because of the hectic nature of the course I was studying (Masters in PR), as I took it up based on my previous work schedule at EIB. I realised changing jobs at that time would require my full concentration which was something I wouldn’t have been able to give to Media General, if I had joined. So I decided to complete my course before considering any new jobs so as to be able to bring the best of me to the table.

“Having had the platform at EIB for many years to exhibit my talent, I believed it was time to move on and further explore opportunities available in the media space. As the Akan adage goes, ‘wo te faako a, wo te w’ade3 so’ meaning one needs to be on the move if they want to succeed,” she said.

While Berla is all excited to be exploring new opportunities with Media General, she told Showbiz that it was a difficult decision to leave EIB where she had worked for so long.

“It’s tough leaving behind the only media family I have ever known but risks have to be taken and this is one of them. I will miss them dearly but forever cherish the memories we made together. I became the strong brand I am today because of them.

“They moulded me and smoothened my rough edges and for that, I will always be grateful. The history of Berla Mundi can never be written without EIB, that memory is forever etched in my heart and in the minds of many viewers. But no matter how tough it is, the curtains have to be drawn at a point in one’s life in order to usher in a new season,” she said.

She said she would miss the family she made at EIB, especially her former boss, Bola Ray.

“I will miss Bola a lot. He was an older brother to many of us. I will also miss my show, The Late Afternoon Show. That was my baby. It’s sad to leave it behind but I’m glad I’m leaving it in the capable hands of the talented team at EIB and I know they will continue to show it love and care.

Berla Mundi disclosed that she would have duties on both radio and television at Media General. “I believe TV takes centre stage. I’ll be joining the morning show as host and I’m looking forward to it. There are other works in the pipeline that would be revealed in due time,” she explained.

On what she is bringing to the table, Berla said, “ My crazy on-air personality, and a spirit of growth. Media General is already a strong brand with highly talented individuals and I know by joining with the expertise garnered so far in my over seven years in the industry, we will become a force to reckon with.