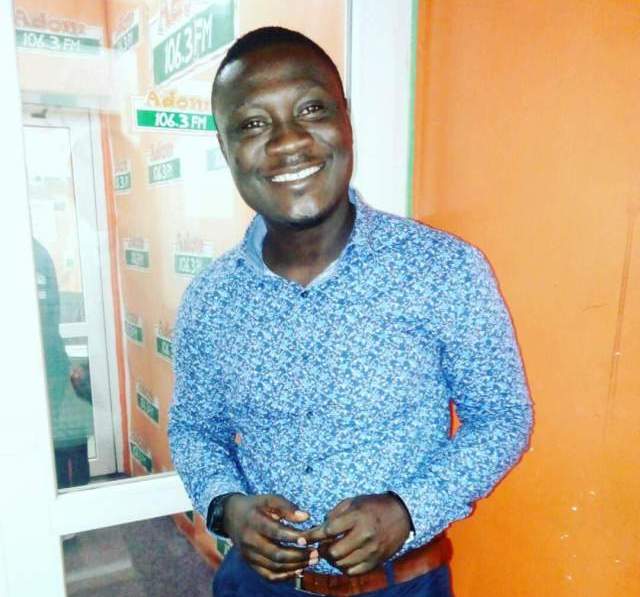 Radio in the country has become one of the most powerful modes of communication and as such one would argue that radio get results.

Just like footballers, journalists crossing carpets to another media house has become a norm.

The latest move in the journalism field is the one by highly-rated sports journalist, Kobby Stonne who is joining the Multimedia family from Takoradi-based Kyzz FM.

He moved to Kyzz FM 2015 in Takoradi as the head of sports. Kobby hosted the “Agro ne pae mu ka” show which rose to become one of the most-listened-to shows in the Western Region and Ghana in general.

Captain Kobby Stonne as acclaimed by many was adjudged the Best Sports Presenter of the Year 2015 at the Sekondi Takoradi Radio Awards(STR) and also won The Best Sports Host of the year 2016/2017 at the Foklex Media Awards.

Having chalked these many successes Captain Kobby Stonne has now moved to the Multimedia Group Limited As a Sports Broadcaster.

He was Officially announced on the Morning Sports Show “Sports Page One” and the detailed edition of Sports On Adom 106.3 FM on Monday, 6th of November, 2017.

Captain was also part of the Few Broadcast Sports Journalists who were present at the 2017 Gabon Africa Cup of Nations hosted in Gabon.

It has not been an easy journey for Captain Kobby Stonne but with his successes in the Radio fraternity, all these years expectations are rife that he will excel and take sports journalism to another level

You can’t afford to miss the Partnership with Kobby Stonne and Country Man Songo on Fire For Fire. He is to join the Fire team on the 15th November, 2017.