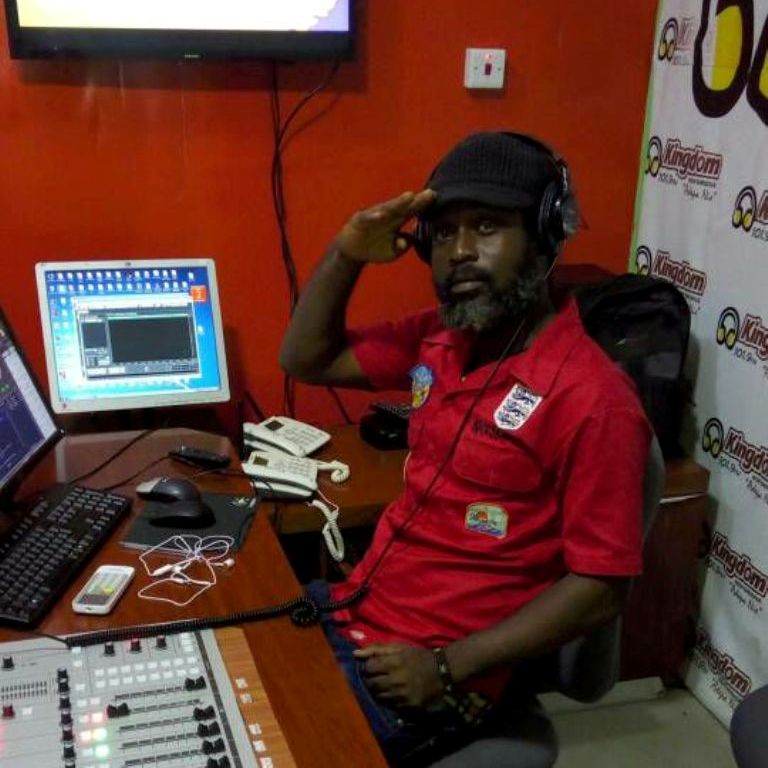 The popular raggae presenter has called it quit to the station with immediate effect. It’s however unknown as to what necessitated his decision and which station he would be joining after leaving Kingdom Multimedia Limited.

Ras Judah, known for his high sense of humor,  unique baritone voice, and his enormous ability in blending the Akan, Patoa and the English languages together held the entire “Koftown” down with great raggae tunes on his shows. It’s an undeniable fact that the raggae show host has been the backbone of Kingdom FM from day one.

The Ras Judah’s resignation from the Koforidua based radio station comes as a very big shock to most cherished listeners of the station and that Kingdom Multimedia may have to find a suitable replacement to hold the fort, in the absence of the raggae presenter.

Deep throat source report has it that management of the station is doing their best to bring the popular raggae presenter back to their fold.

Previously, Judah worked with Eastern 105.1FM and Radio1 100.7FM all in the Eastern Regional Capital.

www.mediafillasgh.com hereby wishes Judah all the best of luck in his next appointment.

Stay glued to your most credible media fillas portal, www.mediafillasGh.com for all the updates and remember to bookmark our website.