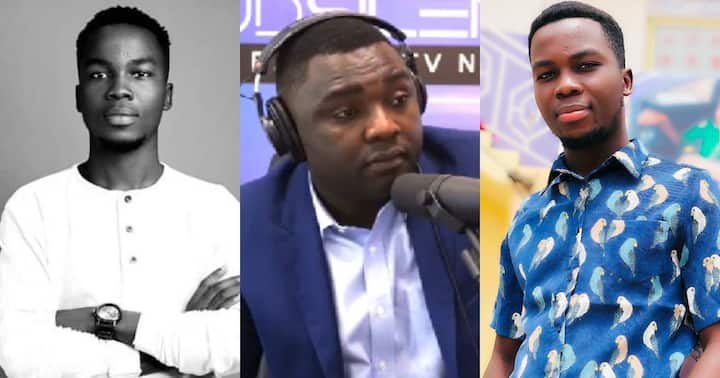 CEO of loud silence media known as Kelvin Taylor has pledged to employ Journalist Albert who is also known as Bongo as a permanent staff in his outfit.

The new offer comes with a Salary of 500 dollars monthly with his job description as an entertainment editor at Loud Silence Media.

Unfortunately for him, his former boss put out a statement on social media on the decision to sack Albert from his company and stated it had nothing to do with the clash with Nana Aba.

It was rather a result of discontentment of Albert with his job which had been inhibiting his performance. Parts of the statement released by his boss, Ghbase owner, with the handle ‘ Chris Handler’ read:

I felt perhaps he couldn’t handle the number of stories a day being given to him, so I told him, I would reduce the stories he would do a day, so he can meet targets and that means a reduction in salary. He pleaded that I give him November to prove his worth again and gave reasons why he had been underperforming. I agreed and said it’s a challenge then, if you don’t meet the targets again, you will be laid off.

But the CEO of Loud Silence Media doesn’t agree with the decision of Albert’s boss, Chris, as he believes his action was as a result of pressure from Nana Aba Anamoah and her gang to fire Journalist Albert.

In a viral video, Kevin Taylor is seen furiously condemning critics of Journalist Albert and his boss.

He later stated his decision to employ Albert Journalist in his outfit, Loud Silence Media.