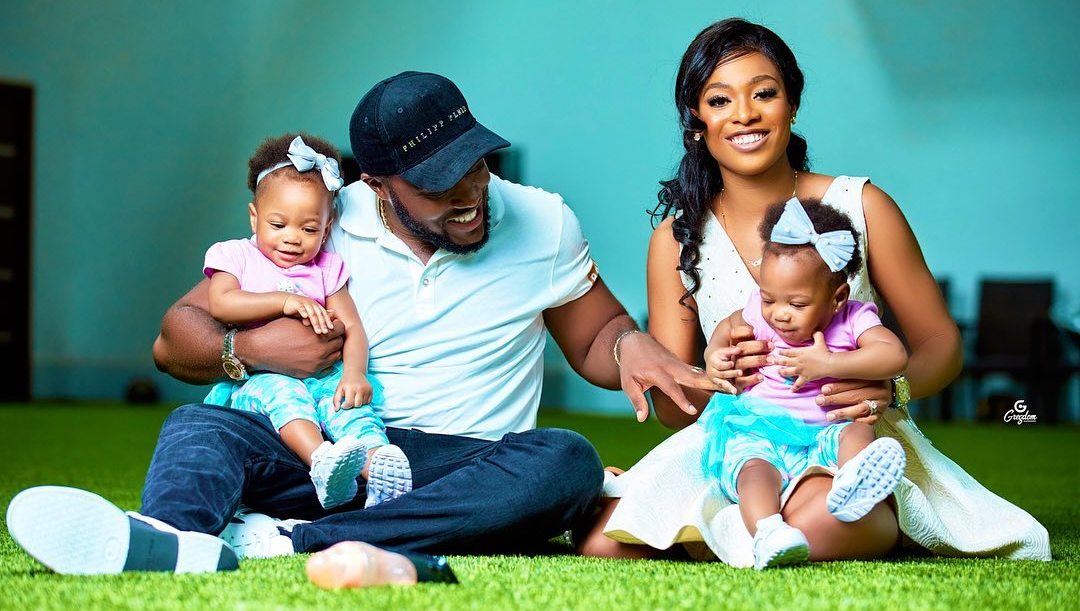 One of the biggest weddings that caused an uproar on social media was the wedding between Kennedy Osei, the son of Ghanaian business mogul Osei Kwame Despite and Tracy Osei.

The “Kency2020” wedding which took place last year became the talk of the town for months especially the way wealth was displayed.

In the latest post shared via his Instagram page, Kennedy shared some adorable photos of the twins and his wife to celebrate their birthday.

The General Manager of Despite Media, Kennedy Osei and his wife, Tracy outdoors their twins to the public for the first time on Tuesday, February 2, 2021.

This was during the birthday party of Kennedy’s father and business tycoon, Dr Osei Kwame Despite.

It was a white coloured event as both husband and wife were clad in beautiful white apparel.

Check out more photos below: