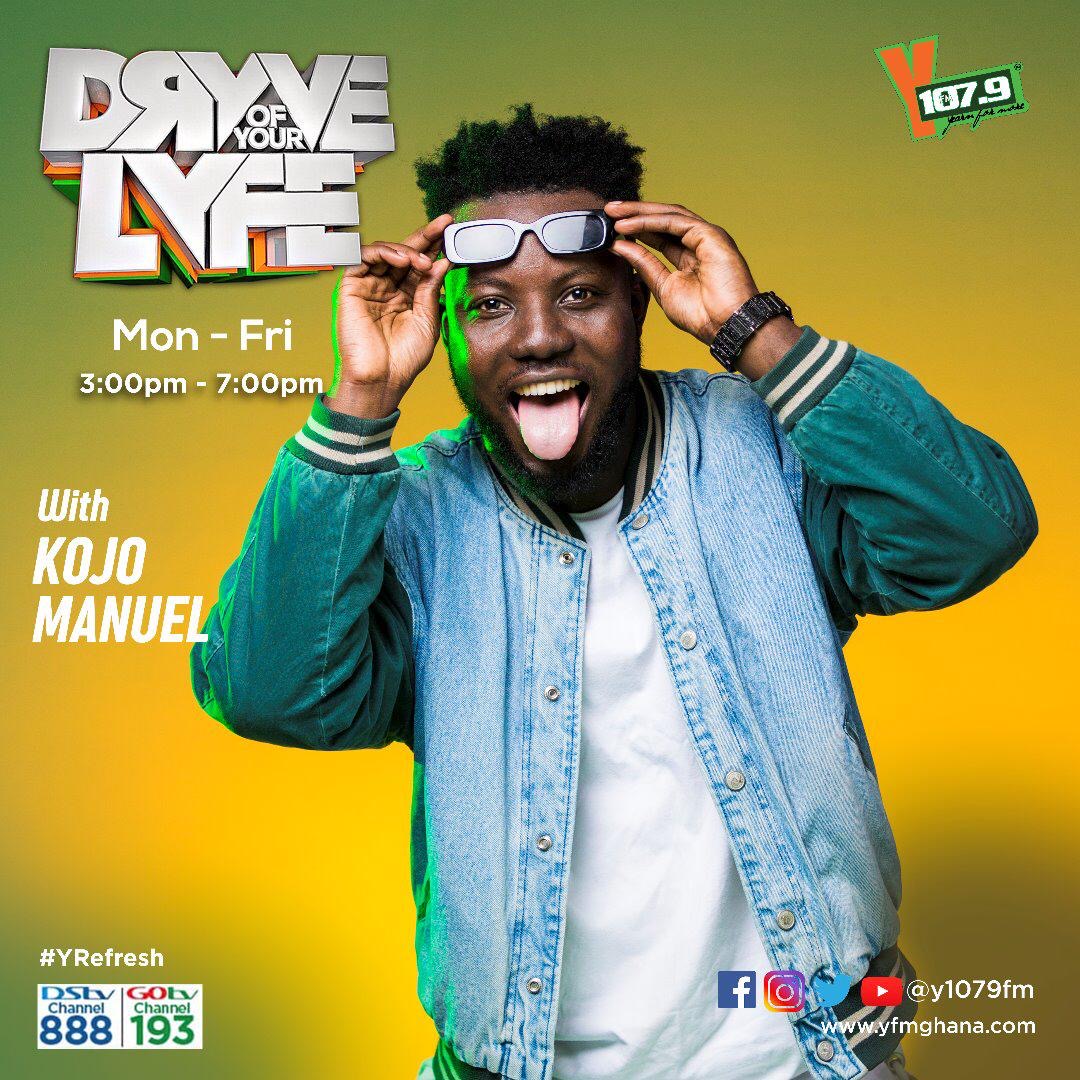 Kojo Manuel (known in private life as Nyantakyi Kusi Emmanuel) has been unveiled as the new host of the one of the Hottest Urban Drive Time show in Ghana, #DryveOfYourLife.

He started at YFM less than two years ago as the host of Raw Sauce, a midnight party show on YFM on Sunday mornings until eventually doubling up as the host of the 30mins Orijinal Beats Radio Show on Fridays & Saturdays.

After his deal with Orijin expired, he moved on to become the host of Party Pressure on Saturday nights from 8pm till 12midnight showing his progress as a presenter.

In the wake of the termination of the contracts of notable YFM personalities like Caroline Sampson, Ms Naa, Joel Orleans etc, there was an overhaul in the programming of the station, called Y Refresh.

Kojo Manuel had hosted the DrYve on YFM throughout the Covid-19 Lockdown period instead of Joel Orleans.

The event host turned radio host has been on a steady rise in recent years as the most sought-after party/concert MC, an area he has conquered. Looks like there’s more to do and achieve for the reigning Best MC at the Ghana DJ Awards as he takes over prime time radio at the biggest urban station in Ghana. He hosts the show alongside well-known Ghanaian DJ/Artiste DJ Mic Smith.

Since taking over as the host of The Dryve, Kojo Manuel has interviewed Kiddominant, Joey B, Kidi, Tulenkey amongst many others.

Ms Naa has also been replaced on the Ryse N Shyne morning show on YFM by Brown Berry while Caroline Sampson has been replaced by Winston Micheals on Shouts On Y.