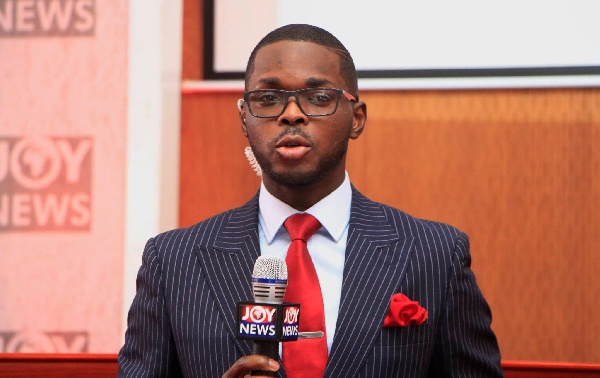 Joy FM presenter Kojo Yankson has been invited by the CID department of the Ghana Police Service following an allegation made by Abena Korkor.

Abena Korkor who has been speaking and making wild allegations in recent times in one of her exposé revealed that NPP National Youth Organiser Sammy Awuku sent some thugs to kill her.

According to her, Kojo Yankson informed her that he has heard some people claiming to be Sammy Awuku boys are planning to beat and kill her if she dares goes on the Delay show to grant an interview.

She added that this is because she has requested to have a delay with Delay where she would spill everything and people who have had a thing or two to do with her became scared.

Abena Korkor brought this to light after it was reported that Sammy Awuku who is also the MD of the National Lottery Authority had reported her to the CID.

Well, Abena Korkor was at the CID office yesterday where she was grilled for hours and still maintaining her stance that Kojo Yankson was the one who gave her that information.

When asked if she had any evidence that Mr Kojo Yankson made those assertions, she told police interrogators that she didn’t have any.

At the end of her interrogation, it was revealed that the CID has extended an invitation to the broadcaster to help with the investigation.