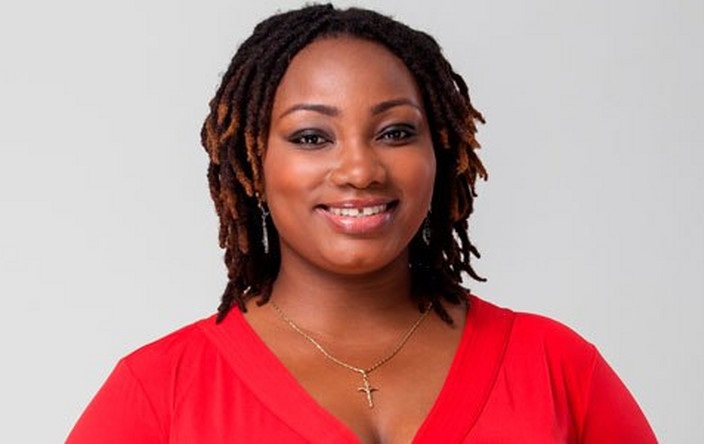 Kokui Selormey, a former presenter at Viasat1 and Kwesé TV has returned to Citi FM, years after leaving the station.

The announcement of Kokui’s return was made by the General Manager of Citi FM and Citi Breakfast Show host, Bernard Avle today.

The classical music singer took to twitter to express her excitement about the move.

Kokui was born on November 4, 1978 in Accra Ghana, but left with her mother and elder brother when she was six months old to join their dad in the United Kingdom. She is a daughter of the late Deputy Minister of Finance, Victor Selormey.

She returned 10 years later to continue her education in Ghana, which she said she found quite difficult to adjust. She was enrolled at the Ridge Church School in Accra and later at the Holy Child Senior High School in Cape Coast where she joined the school’s choir in her first year.

Later, Kokui moved to the United States to pursue a degree in Music and Theatre at the Spelman College in Atlanta, Georgia and moved to New England Conservatory of Music [NEC] in Boston, Massachusetts.

She did some additional studies at the Allen Academy in Texas prior to applying to university. While at Allen, she said she joined the school choir to fulfil her extra-curricular activities requirement. On completion of her education, she decided to come back home.

She returned to Ghana in 2009 to settle down and worked in the Civil Service of Ghana but had to leave after six months.