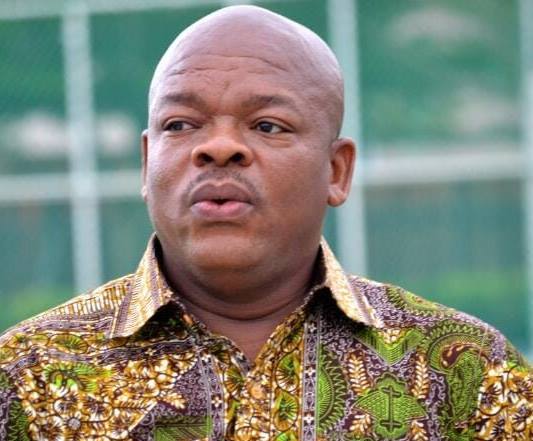 Ghanaian comic actor and video vixen Kwame Dzokoto has spoken up for the first time after photos went viral allegedly showing him tying the knot.

Few days ago, Kwame Dzokoto was spotted in several wedding photos with a lady assumed to be his wife. The actor was reported to have tied the knot with the lovely lady.

However, reacting to this in a recent interview, Kwame Dzokoto explained that the photos were just for commercial purposes.

According to Kwame Dzokoto,  he was working on a new commercial with the lady for a new gig he had succeeded in grabbing.

In a social post, Kwame Dzokoto vehemently denied the rumours.

Just saw some pictures flying all over the social media purporting that I have taken a new wife in a wedding ceremony.
The truth will always stand , and the fact is that Christie still the legitimate wife of me.

I’m an actor ,though not active these days ,I try to support some close associates over their businesses.
The said picture was culled from an advertisement yet to be aired and some pictures slipped off . I’m to set it as it is to tell you that there’s no truth behind it.

I’m mourning my twin mum , as they journey on ….in Aug 28th in Sekondi

Below are the fake pictures: