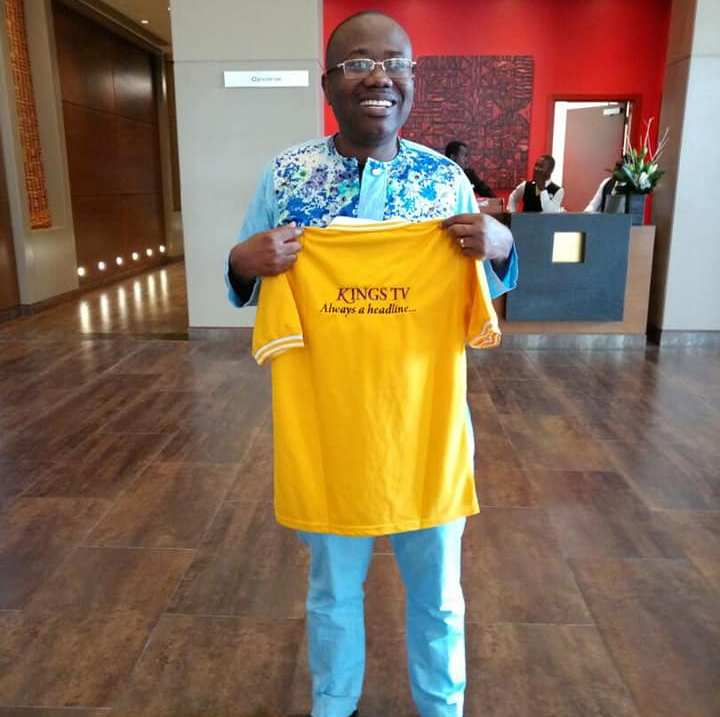 A banker and a lawyer by profession. Mr. Kwesi Nyantakyi, President of the Ghana Football Association(GFA) and the brankroller of Ghana premier League Club Wa All Stars Football Club has exclusively endorsed the new online TV, KINGS TV.

Over the weekend a picture of the President of the GFA was seen in a photograph holding an officially-branded polo shirt of “KINGS TV” with a huge smile on his face.

The photograph that has been gone viral especially on social media is generating all the hypes and many applause it deserves  and continues to generate massive talk and discussions all over the country and beyond.

Mr. Nyantakyi’s decision to publicly endorse KINGS TV was not because of his long standing relationship with the Chief Executive Officer of the Online TV brand but the very great initiative the soon-to-come TV station brings on board. 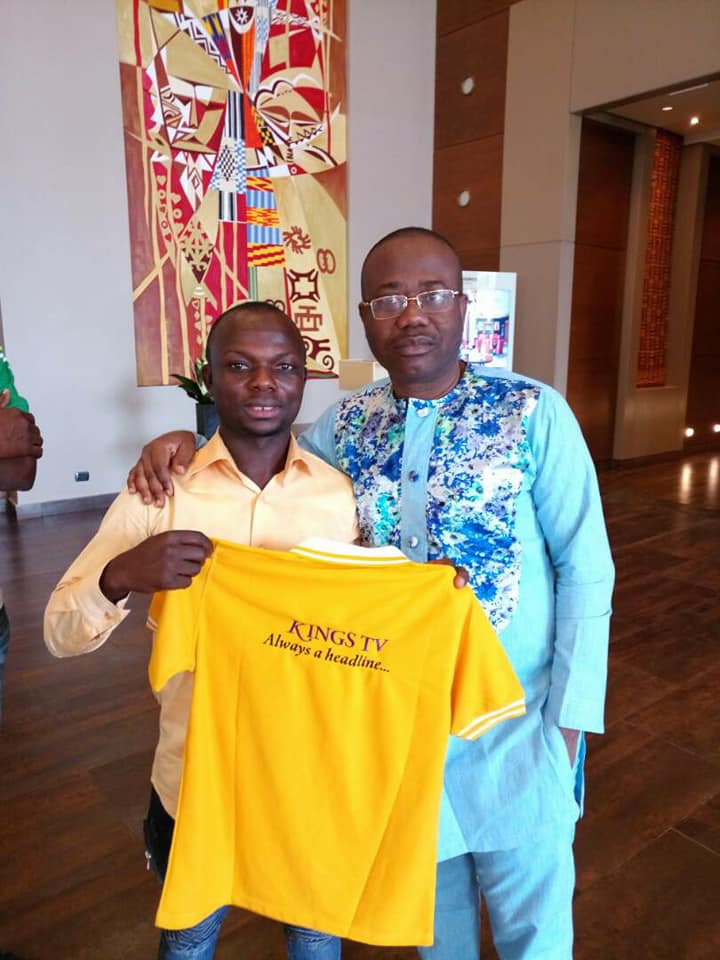 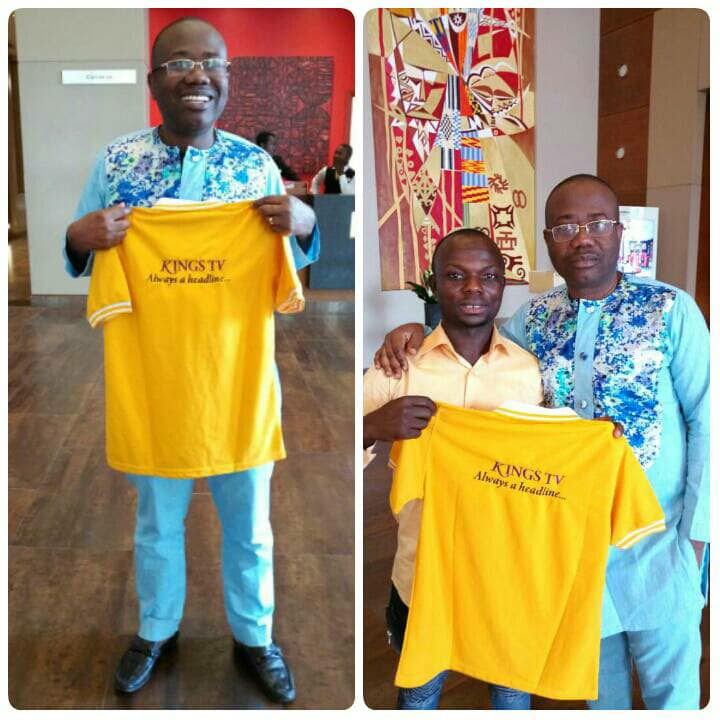 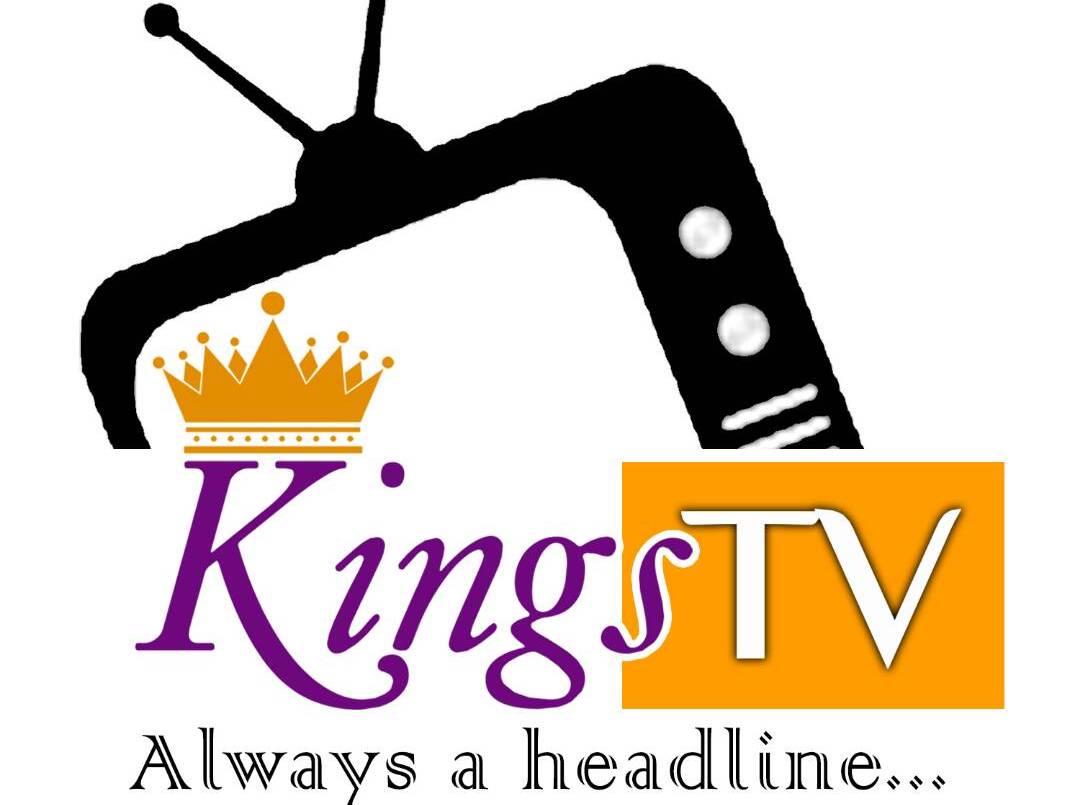 Kwesi Nyantakyi was born in Wa, in the Upper West Region of Ghana on 28 October 1968 and took to the game at an early age, rising to become a fine player, christened as “Wa Polo”.

An alumnus of the University of Ghana, he studied law and passed out successfully, leading to a career, first as a state prosecutor before taking up private legal practice.

He worked with in the financial sector, with a Bank in the country and rose to become the legal manager.

After helping implement structural reforms in the administration and governance system of the GFA, Kwesi Nyantakyi put himself up for elections in 2005 and was selected by the football family to lead the Association following a landslide victory.

He has held onto the position since after being retained twice in office. He is a member of the  Confederation of African Football’s Executive Committee, a member of FIFA’s Associations Committee that deals with relations between FIFA and its Members and draw up proposals for optimum cooperation.

The committee also monitors the evolution of the Statutes and regulations of FIFA, the Confederations and Members.

Kwesi Nyantakyi is also the President of the WAFU Zone B bloc.

He contributes to social programmes which includes his role on the Board of Trustees of the Sweden Ghana Medical Center (SGMC). The SGMC supports the treatment and awareness of cancer, which is fast becoming the number one killer disease in Ghana.

Kings TV will operate an eclectic mix of 70% sports news and 30% entertainment, social and politics contents.  The Online TV’s tagline is “Always A Headline”.