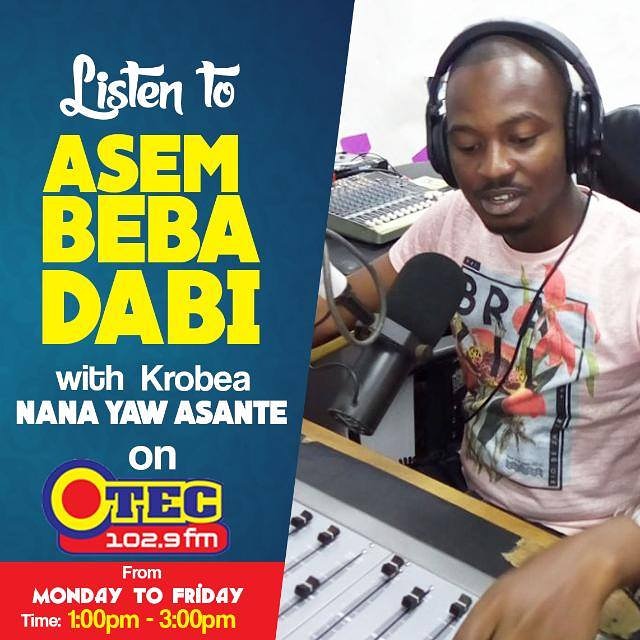 station and that he is heading to Kumasi based OTEC 102.9FM.

He tendered in his resignation letter to her employers on Friday, February 16, 2018. As usual, Executives of the Krapa based station are said to have tried to convince the news anchor to stay, but he stucked to his resolution to move on. It’s however not clear as to what neccesitated his decision to end his 5-year stint with Ejisu-Krapa based station.

Krobea Nana Yaw Asante is set to resume duties with his new employers with ‘As3m B3ba Dabi’ – a show which is expected to be aired between the hours of 1pm and 3pm from Monday To Friday.

This portal, MEDIAFILLASGH is reliably informed that Krobea would be using almost, if not all, the team he utilized on ‘Ayehu” – headed by the indefatigable producer, Oheneba Kwaku Attah a.k.a Aposor.