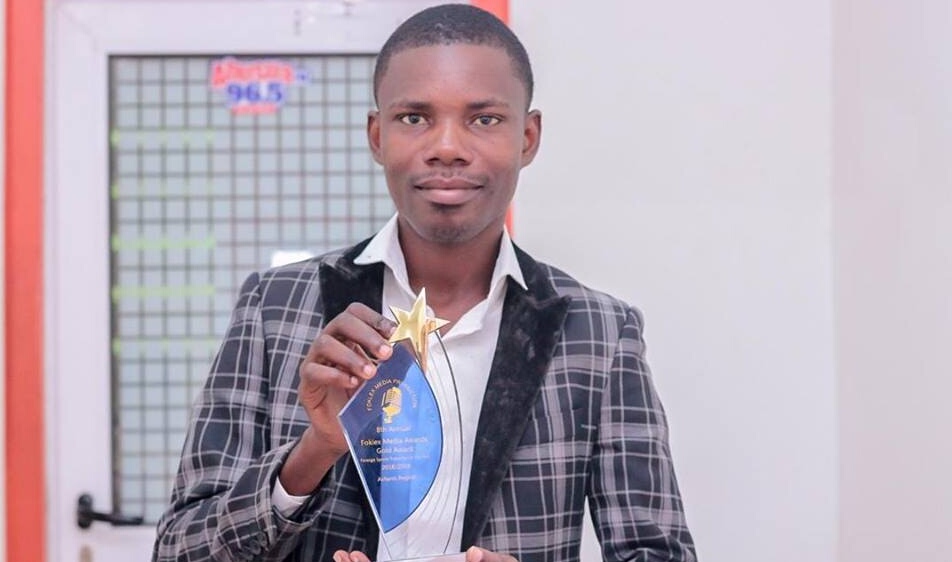 Multiple Award-winning sports presenter, The Evergreen Debator or otherwise ‘Debator 1’ (known in real life as Francis Addai) has announced his intention to contest the Asunafo South Parliamentary seat in the Ahafo Region in upcoming 2020 General Elections to be held on December 7.

This portal can extensively confirm that the former Abusua FM sports presenter will be contesting as an independent candidate in his home constituency.

The 2018 Ashanti Regional sports commentator of the Year made this official declaration on his social media platforms Tuesday.

This was the exact words of Mr. Francis Addai (Debator1) :

With the kind of molestations some people are going through in the hands of these two political parties (NPP & NDC) l, therefore, decided not to contest on the ticket of any of these parties but rather go as an independent candidate. I know it will be a surprise to many Ghanaians that as a sports journalist why do I want to enter politics, I am not entering politics because of my selfish interest but to serve the good people of Asunafo south. I call upon all the citizens of Asunafo south to join hands to push me to win this contest and they will never regret.

Am touched as to how the youth of my area are used by the politicians for unscrupulous for development and education for the youth of Asunafo south.

In an exclusive interview with the multiple award-winning sports journalist, he explained that the youth of Asunafo South constituency wants him to contest for the seat and has decided to contest come December 7 and hopefully, he can impact on the youth by empowering them.

He further added that he remained hopeful of impacting the youth of Asunafo South whom according to him are very hardworking and so talented. All that they need is empowering and inspiring them to attain greater heights.

Congratulations are in that order!

Born Francis Addai on 5th May 1990 to Mr. John Halifaz Addai and Madam Cecilia Yaa Ampomah at Senfi near Asante Bekwai in the Ashanti Region, Debator1, as he is popularly known in the media fraternity started his journalism journey as school commentator with his colleague, Jacob Boateng.

“Debator1” has ascended the hierarchy of our media arena with great sports presentation and commentary. He came into the limelight as a sports presenter when he stood as a contestant at Boss FM Commentator Reality Show 2013/2014 edition.

Joined Goaso-based Nananom FM during weekends as sports pundit with the likes Kofi Tagor, Samia Nkrumah, Olito and King CY in the year 2009.

On 7th June, 2014, he started full-time radio at Genesis Radio with his boss King CY as the foreign sports presenter and sports commentator during Brazil 2014 World Cup. His exploits at the Goaso-based station attracted more listeners to the station and was nicknamed “Sarkodie” due to his high tempo in delivering foreign sports news.

In February 2015, Debator 1 was brought in by management of Sefwi-Essam based Winners FM to fill in the gap at the station when Fancy Di Maria (now with Angel FM) left for Obuasi based OFM but after just 2 weeks at the station, he said goodbye to the station due to the turnout of events at the Sefwi-based station.

The young sports presenter later joined Takoradi based Spice FM on the 13th of March 2015 upon recommendation from the head of sports, Samuel Kofi Larbi (De Governor).

In August 2016, the former Genesis Radio sports presenter joined Kumasi based Abusua 96.5FM, a subsidiary of EIB Network from Spice FM with the likes of his boss Samuel Kofi Larbi and Peprah Promise “Schevchenko”.

Our outfit can testify without any equivocations that since joining the Kumasi based station, Debator became a force to be reckoned with as far as foreign sports presentations was concern in the Ashanti regional media fraternity.

He has also defied the odds and blazed the trail in sports journalism within some few years and has become living testimony to most people in our small towns in the country.

Debator is certainly a beacon of hope to the young people of Ghana and Africa at large since he is virtually making in roads in the industry at the age of 27. Again, his iconic nature in his vision, dedication and hardwork has enabled him to soar above the competition he finds himself in. He has always demonstrated high-sense of justice, transparency and delivering high-class journalism.

Listening to him on radio, his line of delivery is perfect; punch lines, pitch and everything are second to none. I dove my hat for this wonderful young sports journalist.

Debator1 won the Best Sports commentator of the Year award in the Ashanti Region at the 2018 Edition of the Foklex Media Awards held at the Golden Tulip- Kumasi City.

Further into his awards cabinet, the hardworking sports presenter again won the Foreign Sports Presenter of the year (Ashanti region) at the 8th edition of 2019 Foklex Media Awards held at the National Theatre, Accra after wrestling the award from presenters such as Fancy Di Maria of Angel FM (who won it last year), Copper Lebrante of Sikka FM, Ember Power of Metro FM, Andrews Akwaboah De Legend of Alpha Radio and Sponzy of Bohye FM.

The Sports presenter however is currently a freelance journalist after he left Abusua FM, a subsidiary of EIB Network in May ending a highly successful stint with the Kumasi-based station.